By ElvanisRonoh (self media writer) | 5 months ago 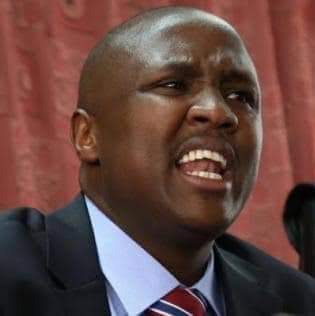 Nandi Hills Member of Parliament Alfred Keter has spoken after the UDA party election Board postponed party primaries in his constituency.

This is after his close competitor Wesley Kibet Kogo (Tingeet) perished in a road accident in Nairobi.

Nandi Hills MP wrote “I welcome UDA party's decision to reschedule Nandi Hills Constituency party primaries from 14/4/2022 to 19/4/2022.This will give the family, friends, neighbors and the entire constituents a humble time to mourn the untimely demise of my brother Wesley Kibet Kogo (Tingeet).In this regard, I urge all residents of Nandi Hills Constituency to remain calm and accept the parties position,”

Keter will be vying for the Nandi Hills member of parliament seat using a UDA party which is linked to the deputy president William Samoei Ruto. 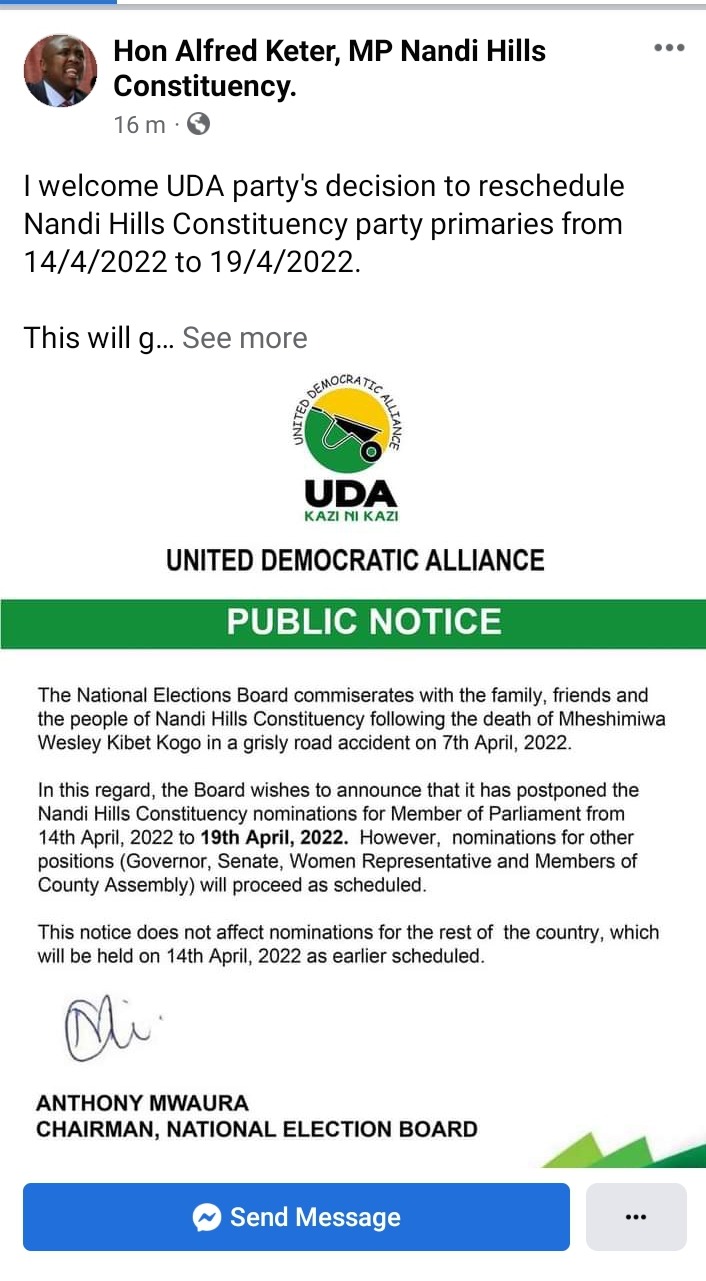 Ruto has declared his interest for the presidency in the forthcoming August polls and he will be facing the opposition leader Raila Odinga.

Keter who recently endorsed Ruto’s bid after years of criticizing his bid said he will campaign for him until he clinches the presidency.

His post received mixed reactions here are some of their comments.

Lucas Mutai says " only Nandi hills will postpone uda nomination for mp what about other primaries,"

Nelly Kosgei says "Anyway give us humble time,, I wish Wesley kogo could be given chance!,! but  God is above all,, anyway legends never die they only rest may he shine on his way and rest in eternal peace. GOD will give us the one to replace with him but.,,.........,:

Shadrack says "Kogo Wesley Kibet I wish you would wake up today bro... I wish God would give you another chance to save Nandi Hills rest in peace tingeet😭😭😭😭😭😭😪😪😪😪😪,"