Confirmed: Raila Odinga will not take part in the presidential debate, this is why

By AmonNews (self media writer) | 4 months ago 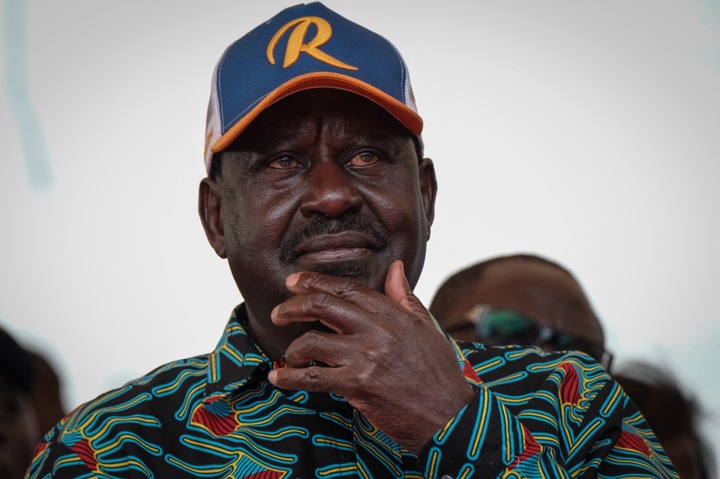 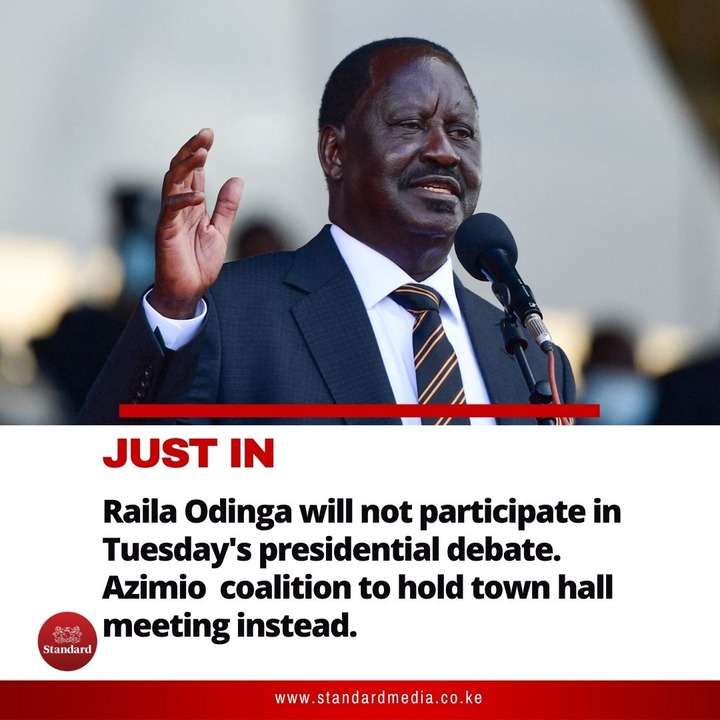 The debate has been scheduled for July 26th, the coming Tuesday. Is is expected that two sessions of the presidential debate are held. The first is to involve Gorge Wajackoya and David Mwaure Waihiga, the candidates that opinion polls had indicated to have a popularity of less than 5%. In the second session, William Ruto was to battle out with the Azimio flag bearer, Raila Odinga, but he has confirmed not to attend. Will Ruto debate alone?

Wajackoyah had also laid his conditions for participating in the debate. He said that unless all of the four presidential candidates are given the same podium, he will not take part. 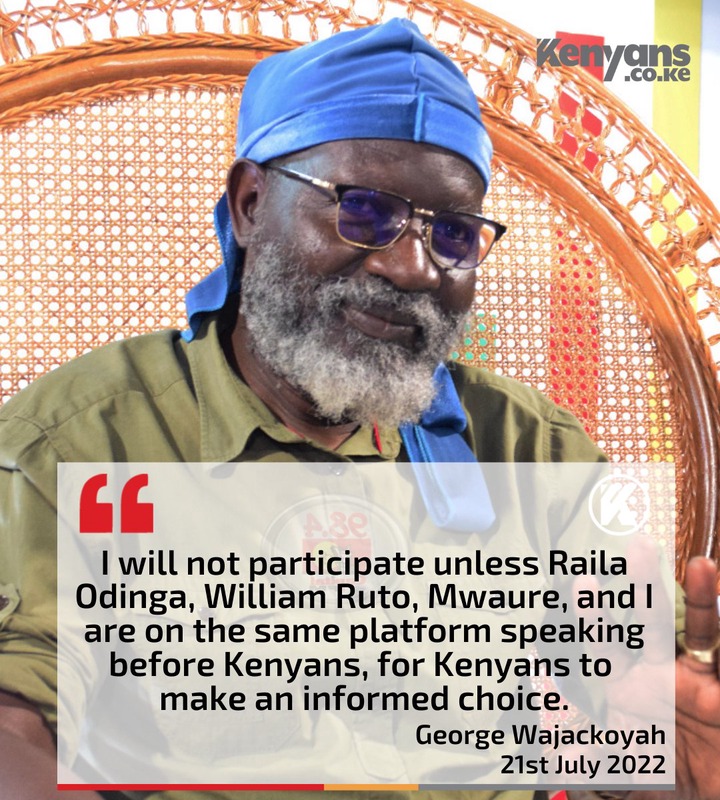