What's Wrong With Raila? Fear Among Kenyans As Something 'Heartbreaking' Is Noticed On Raila

ODM leader Raila Odinga better known as 'baba' which means father is an important political leader in Kenya, he commands respect., power among other things; so when Kenyans notice there's something wrong with him they get worried, and on Friday 15th October Kenyans were worried.

So why are Kenyans worried?

Pictures of Orange Democratic Movement, ODM party leader Raila Odinga being helped to stand and address a gathering on Friday night has left Kenyans talking. This was during the award ceremony organized by Hekima Kaka Society at Villa Rosa Kempinski Hotel in Nairobi.

Ida Betty Odinga was receiving an award for her selfless service to the community and her country. She was recognized for her great support towards health, education, women, peace, as well as boy and girl-child empowerment.

According to Agnes Salome, director of Hekima Kaka Society, the event was meant to honor Ida for outstanding and valuable contribution to the welfare of nationhood, education, equity and family life. The ODM Party Leader Raila Amolo Odinga was honored too for many sacrifices he has made in struggle for Kenyan and African democracy.

The occasion was graced with several delegates from different countries, both of them who are political classes.

During the celebration, the ODM Party Leader and the handshake counterpart was crowned as the King where as his beloved wife Idea Odinga was crowned as the Queen of the Ceremony. He was also lauded for his tremendous work he has done in the political class and democracy. 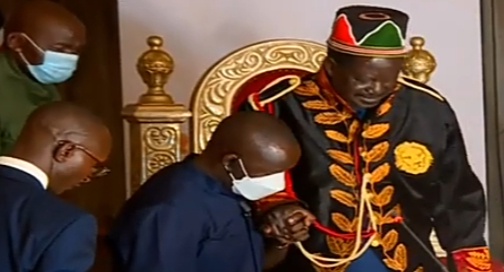 However, while Kenyans celebrated, they were worried that if Raila was doing fine after he was spotted being helped to stand. There is no need to worry though because Raila is healthy, he has had several surgeries but he is perfectly strong. Kenyan's worry is understandable as many of them expect Raila to be vying for the presidency and want him as fit as possible.

The Orange Democratic Movement party leader Raila Odinga was feted by a group of high-profile leaders who convened in a prestigious downtown hotel for the historic event. This comes just hours after Raila completed a fruitful tour in Eldoret prior to actually traveling to Mumias to attend the funeral of Member of Parliament John Naicca's mother. 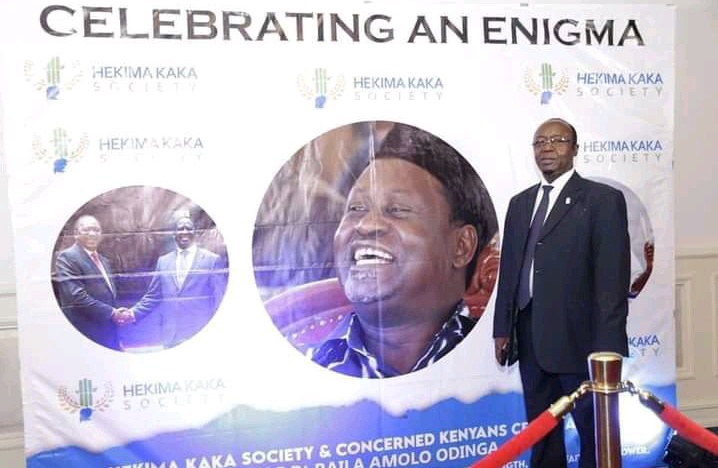 Hekima Kaka Sacco assembled the lively leaders at Villa Rosa Kempinski for an event sponsored by the iconic national organization. This Sacco organized the event to honor Raila Odinga's unwavering efforts to bring Kenyans together ahead of the 2022 national elections. 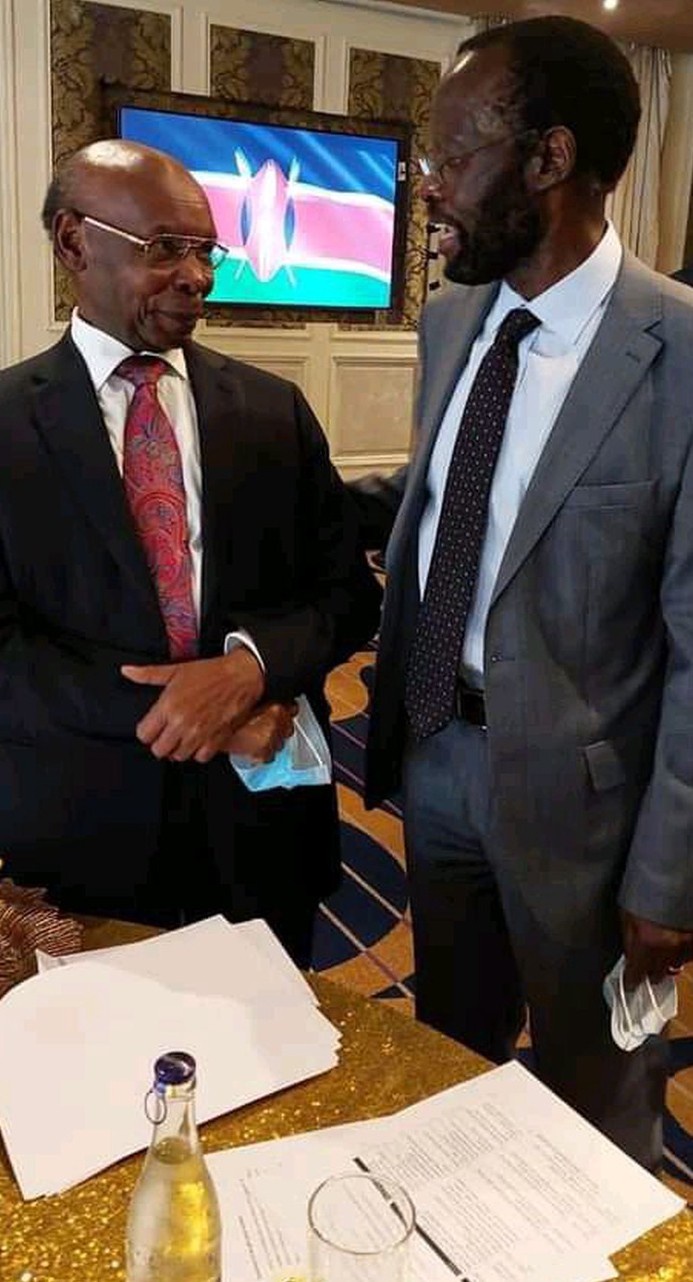 Peter Kenneth is expected to play a crucial role in Raila Odinga's presidential run in 2022. Kisumu Governor Anyang Nyong'o, a seasoned politician who first entered politics in the 1990s, was also in attendance. Raila met with members of the Mount Kenya Foundation as well as Mount Kenya youths less than a month ago. 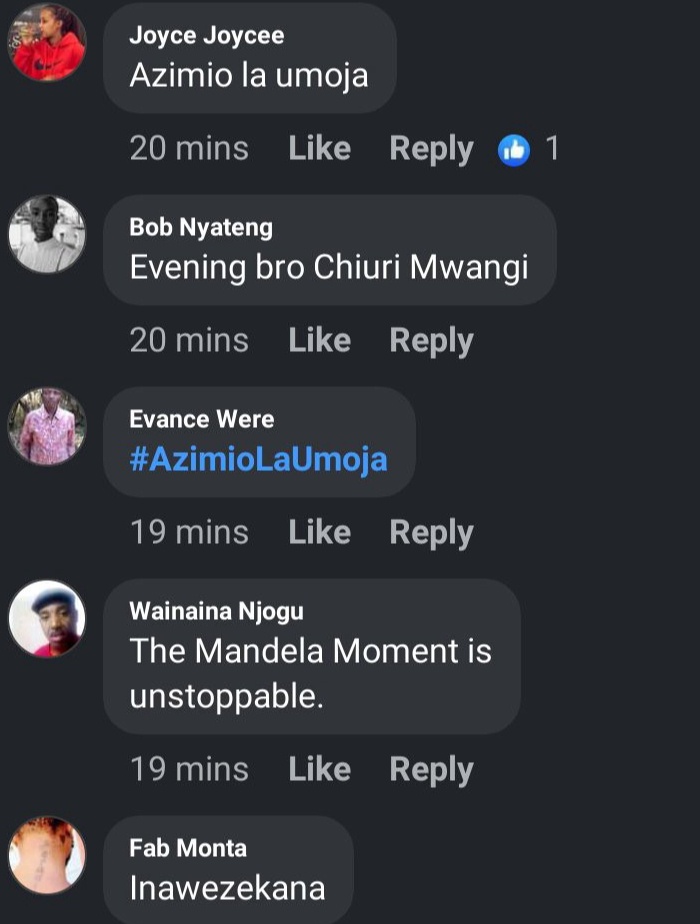 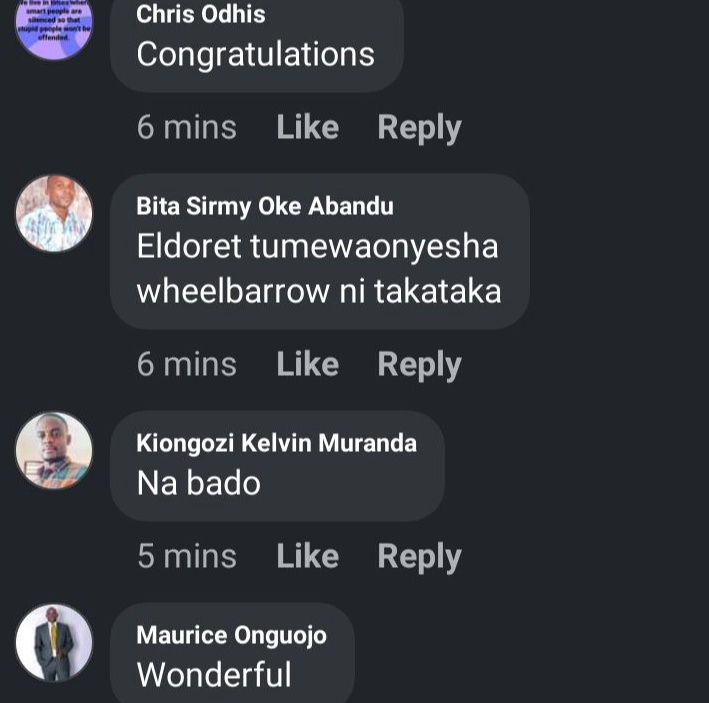 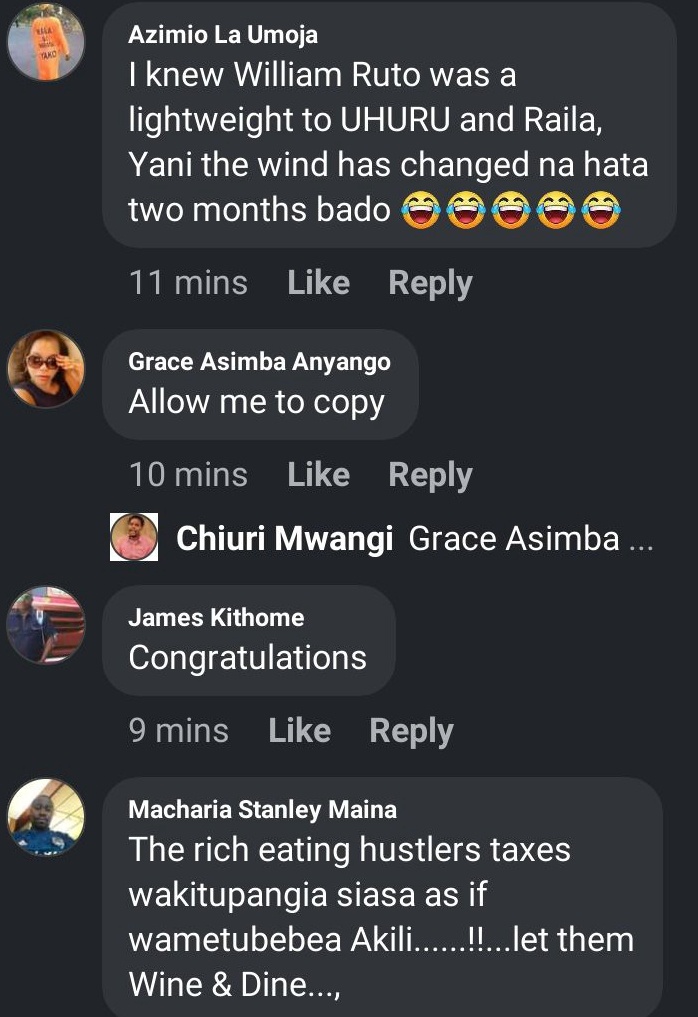 UDA's reaction to Raila's fete, they are pained!

According to the meeting, the Orange Democratic Movement Party leader Raila Odinga received an award for championing unity, democracy, and development for the country. 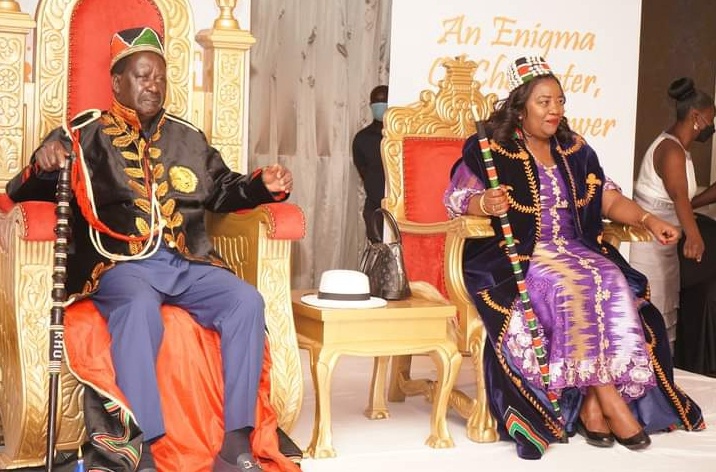 During the event, the ODM leader said that he was a Pan-Africanist but afro-optimist extending that he always believes in the ability of the African people to develop the African continent.

"I am a student of Kwame Nkrumah, Julius Nyerere, Milton Obote, Samora Machel, Nelson Mandela among others are the people who inspire me," he said.

United Democratic Alliance Party through their National Chairman Johnson Muthama has alleged that the meeting was kind of an endorsement for the ODM leader's presidency saying that he was misinformed. 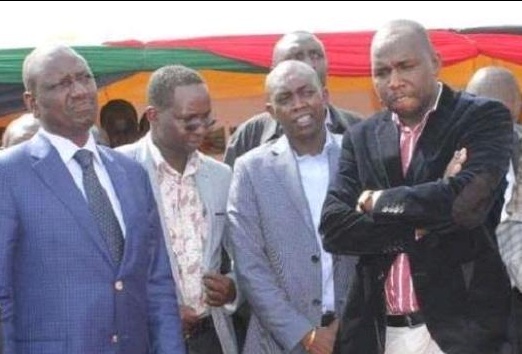 Muthama has said that it is so sad to see that Kenyans are being sidelined in such events by holding them in places where they are inaccessible to hustlers alleging that it portrays a high degree of absurdity.

"It is now obvious decision making on 2022 Presidency by @RailaOdinga Allies has taken a higher notch by building a Silo around it with no intention of involving the hustlers. Holding such FORA in high-end hotels to choose a President for us where Hustlers can't access, borders to absurdity. Therefore, the evil intentions of these few Oligarchs and Tenderpreneurs will be defeated at the BALLOT in 2022 by the same hustlers being alienated," UDA National Chairman has said.