Azimio la Umoja coalition chiefs are in a race against time to woo Wiper party leader Kalonzo Musyoka back to their formation ahead of the August 9 general elections. Azimio chairman President Uhuru Kenyatta and party leader Raila Odinga have already held a meeting with Kalonzo at Mombasa state lodge. However, sources privy to this development intimate that Kalonzo has been skeptical of the chief cabinet secretary post allocated to him by Raila since it is not included in the current constitution. He initially demanded that it be included in the Azimio manifesto with his roles well spelled out.

Details have since emerged that Kalonzo has instead been offered the number three slot in the constitutional power structure. Speaking to Daily Nation, Jubilee vice chair David Murathe stated that the coalition has decided to give Kalonzo speaker of the national assembly post.

According to the constitutional mandate, the speaker of the national assembly is the third most powerful government official with abilities to run the government in the absence of the president and his deputy.

"Mr. Kalonzo has been a beneficiary of coalitions and him remaining in Azimio will make an impact more in his political career. He can leave but he will not have any bargaining power in any coalition since he is bound by laws to remain in the coalition six months before and three months after the election," said Murathe. 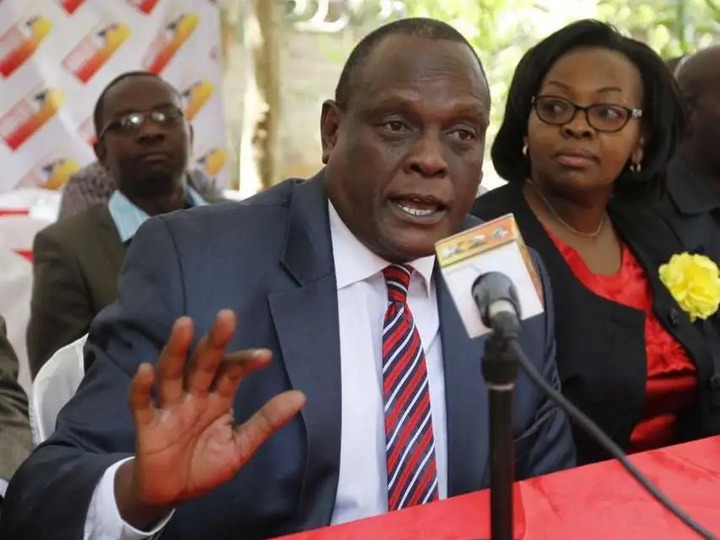 Kalonzo who has left the country for London, United Kingdom, is yet to reveal to the public his final decision. Speculations are high that he might announce his return to Azimio immediately after he jets back into the country from the UK.