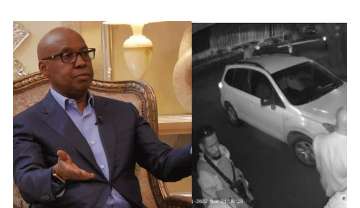 Jimmy Wanjigi, the CEO of the Kwacha Group of Companies, has spoken out about the January 17 night raid on his offices.

As of Monday evening at approximately 9. 30 pm, officers from what he described as CID conducted a home search for tycoon who first announced his intention to run for state house in 2017.

Wanjigi compared Monday' s invasion to the one that occurred at his Muthaiga home in 2017 and claimed that law enforcement officials ordered that he travel to CID offices and submit a statement. 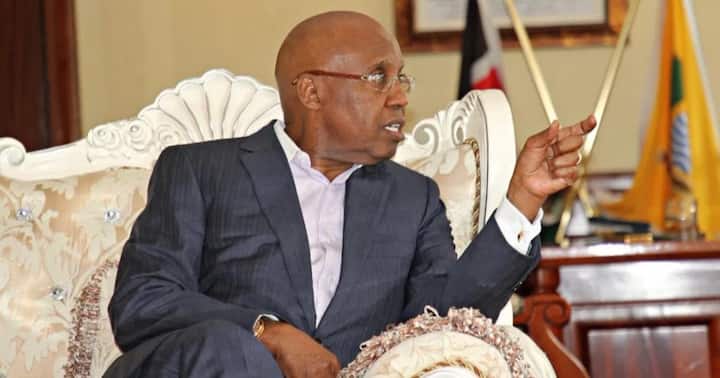 According to his attorneys, all they told him was that he should go to CID to submit a statement and that it was something he should be there to do.

Wearing white protective gear identical to those worn by health care workers caring for COVID- 19 patients, he added the CID personnel appeared to be in uniform. 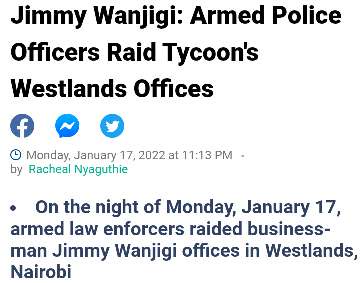 According to the presidential hopeful' s lengthy statement, the police' raid had something to do with his recent words, some of which he fears have offended certain people.

The use of force bothered him, so he said, " This weekend I was quite explicit about diverse personalities and it seems I am making some of my friends uncomfortable. . . "

He was referring to his criticism of ODM leader Raila Odinga for running for the presidency and accusing him of political betrayal, which he made in a speech earlier this month. 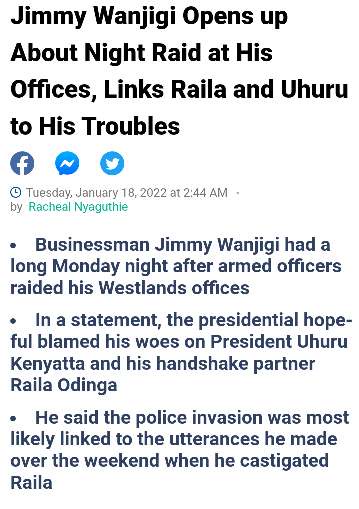 " . . . you can' t keep having Raila Amolo Odinga' s season after season. Raila Odinga is a good friend of mine, and he has done me no harm.

That being said, he isn' t Raila who battled for our nation' s democratic values and the ordinary mwananchi till his arrest while battling for the freedom of the country " Speaking on behalf of the Ukambani Leaders Forum on Saturday, January 15, Wanjigi remarked.

Blames both Raila and Uhuru

In a statement following the raid, Wanjigi accused the Orange party chairman and President Uhuru Kenyatta of orchestrating his problems because they are both " uncomfortable" with his candidacy for the post of vice president.

Although the Jubilee government hounded him in 2017, Raila was not to be found to defend him in 2018. 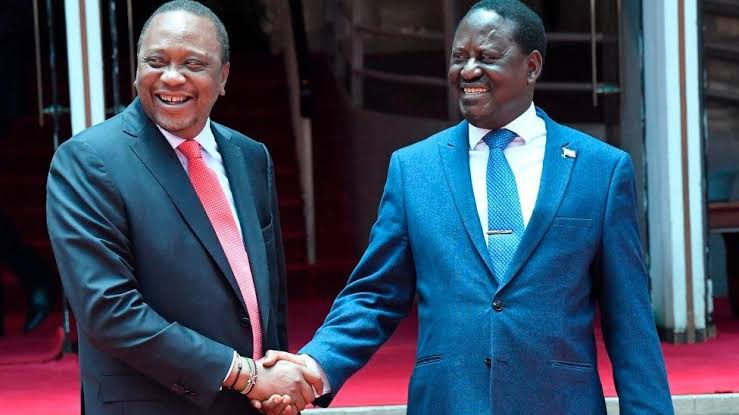 " It' s heartbreaking to think that my dear buddy Raila Odinga, for whom I almost lost my life, is sitting with Uhuru Kenyatta and taking in this show. One only works when you back it up, " furthered the entrepreneur.

Arrived around 9. 30 p. m. at the address on General Mathenge Road, Nairobi, according to reports. Invasion occurred while Wanjigi, his son and a few staff members were remained inside the building.

Find Out What Kalonzo Musyoka Was Doing Today

More Problems for Martha Karua After Being Allegedly Heckled In Embu