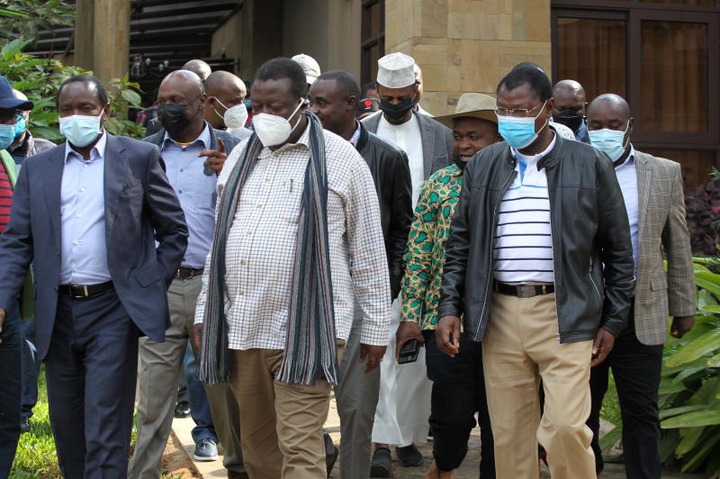 Despite maintaining that they will have a flag bearer in the coming presidential elections, OKA principals have significantly reduced their political engagement days after meeting the Mount Kenya Foundation.

The last time the four Musalia Mudavadi (ANC), Kalonzo Musyoka (Wiper) and Ford Kenya's Moses Wetangula alongside Cyrus Jirongo were spotted together was during Nguu/Msumba Ward by elections campaigns at a time when Kanu's Gideon Moi was allegedly out of the country.

With Deputy President William Ruto pushing the leaders to announced their flag bearer, finer details have emerged that the OKA team is under pressure by powerful State operatives to abandon their ambitions and support the former Prime Minister Raila Odinga. 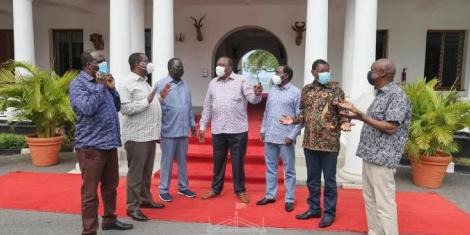 According to the Stars News Brief, the pressure is the main reason the alliance has slowed its engagement that was considered as a third force besides Raila and Ruto in the race to form the next administration.

Few months ago, President Uhuru Kenyatta held closed door meetings at State House with the leaders alongside Raila, in what was reported as a push to have the leaders rally behind the ODM leader, in efforts to have a massive political muscle that would derail Ruto's journey to State House.

The leaders however dismissed the reports terming them 'baseless speculations' further claiming that their meetings were not centered on Uhuru's succession.

It is now waited to see whether they will address their political in-activeness as Raila and Ruto hit the ground running to popularize their bids. 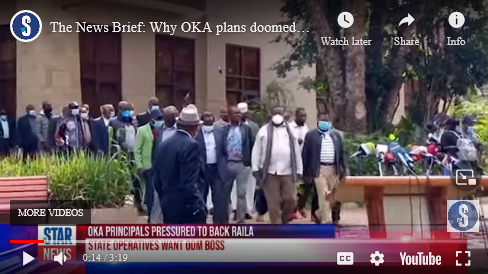