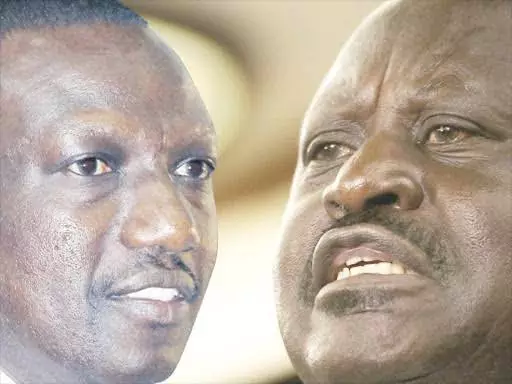 New details have now emerged of how Raila Odinga reacted over the Kiambaa by-elections. Details concerning what he told the Central Kenya MPs whom he met in Mombasa county yesterday.

He talked with several leaders,among them were Kanini Kega, Jude Njomo,Maina Kamanda, Rachel Shebesh, Peter Mwathi among others.

Reports say that Raila Odinga reacted on the Jubilee party which is the rulling party and it lost in Kiambaa parliamentary by-elections to DP Ruto's UDA party.

Raila is said to be very much impressed with the performance of the Jubilee party in Kiambaa,but urged the party leaders to avoid wrangles and unite together.He said that unity is what that will help the party remain strong.

According to Kanini Kega,the meeting with Raila Odinga just came up unexpected and did not at all expect it.He also said that Raila Odinga congratulated them for getting almost 50 percent of the votes in Kiambaa parliamentary by-elections. 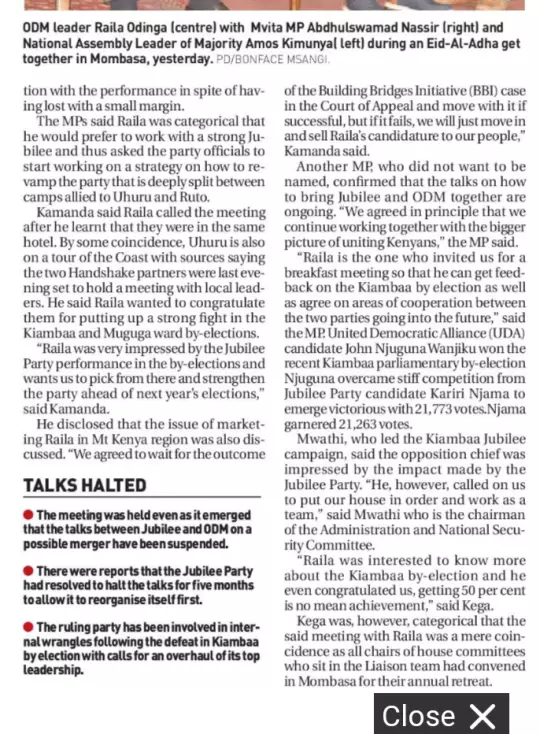 In the Kiambaa parliamentary by-elections, UDA candidate John Njuguna became awinner with 21,773 votes against Jubilee's Kariri Njama with 21,263 votes.Indeed,the difference was slight and that is what impressed Rails Odinga.

After the outcome of the elections,many people have claimed that the loss marked the end of President Uhuru Kenyatta as Mount Kenya region kingpin and that it was clear, DP Ruto has made inroads into the Mount Kenya region and win support for himself.

No Burial For Caroline Kangogo As Scheduled Tomorrow