Latest news being reported is that the Independent, Electoral and Boundaries Commission, IEBC has postponed the By-elections in eight electoral areas including Kakamega and Mombasa Counties which were slated to happen on August 23rd. The By-elections were suspended due to unprecedented ballot papers mixed up ad reported by IEBC. 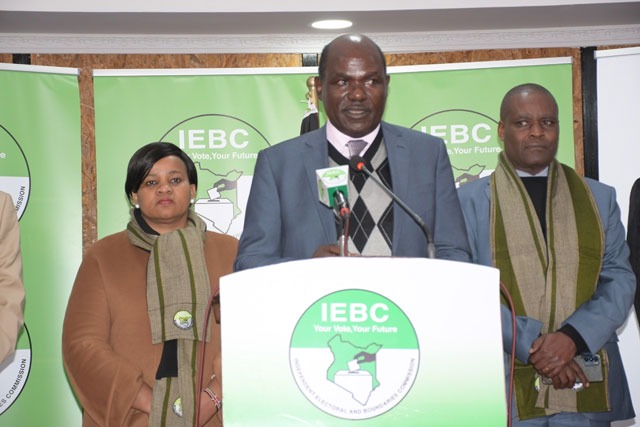 IEBC Chairman, Wafula Chebukati through a letter has announced that the By-elections will be postponed after some of its Top Officials were allegedly attacked by persons in the company of certain Political Leaders. Chebukati has revealed that he was personally attacked alongside Commissioner, Prof. Abdi Guliye, Boya Malu and CEO Marjan.H Marjan. 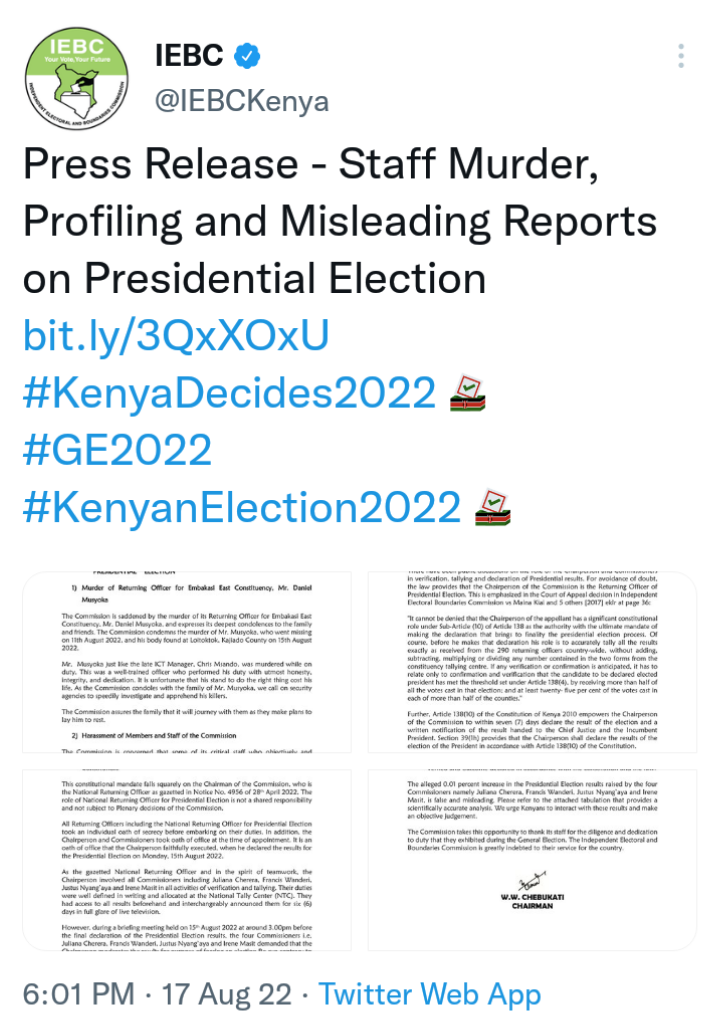 Chebukati has further claimed that some of its Commissioners who performed their duties at the National Tallying Center are being intimidated and harassed through profiling and frequent arrests. He has called for the arrest of the assailants intimidating his staff irrespective of their Political affiliation.

In view of the circumstances, the Electoral commission has postponed the By-elections across the country which were slated for August 23. Kenyans residing in the affected areas will wait for a Gazette notice on the new sate dates.