By Description (self media writer) | 25 days ago Some members of this foundation had invited the former Prime Minister Raila Amolo Odinga on Tuesday in a meeting that was held at Safari Park and details say that the goal of this meeting was to listen to Odinga's agenda. The tycoons are also expected to host the OKA leaders on October 7. 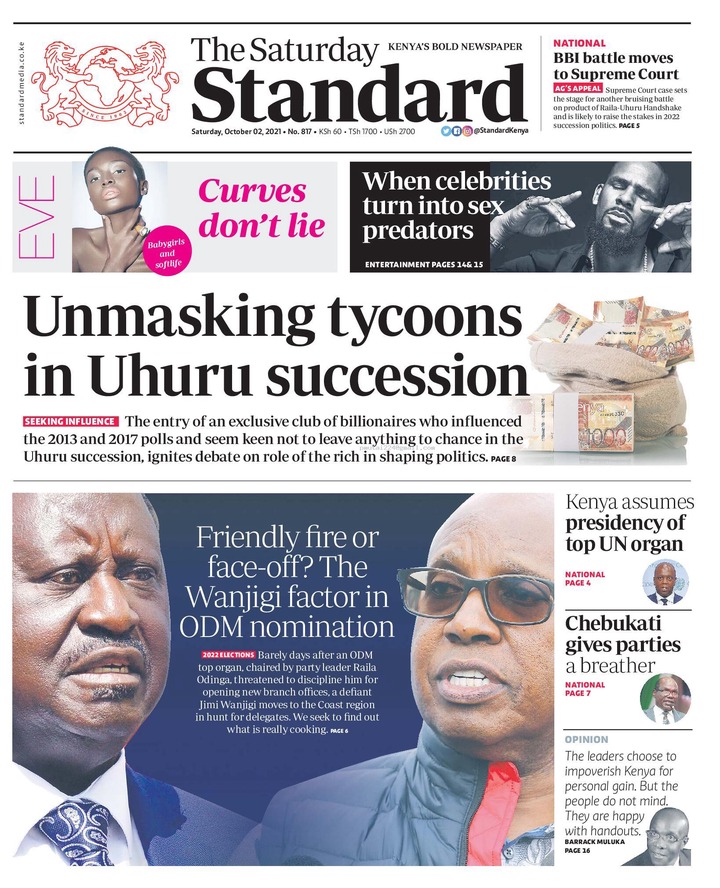 According to the Saturday Nation, the Deputy President William Ruto has now gone for the Interior Cabinet Secretary Dr Fred Matiang'i turf as Raila gets more firepower. This is after the Deputy President begun a tour in Kisii County for three days. However, yesterday a dramatic scene was experienced as police blocked UDA leaders from opening an office at Masimba Ward in Kisii County. This comes a couple of weeks after MPs unity bid under the Interior Cabinet Secretary.

As Ruto prepares hard for the 2022 general election, his main rival, ODM leader, has not been left behind. Over the week, Odinga received cars which he will use during his campaign. 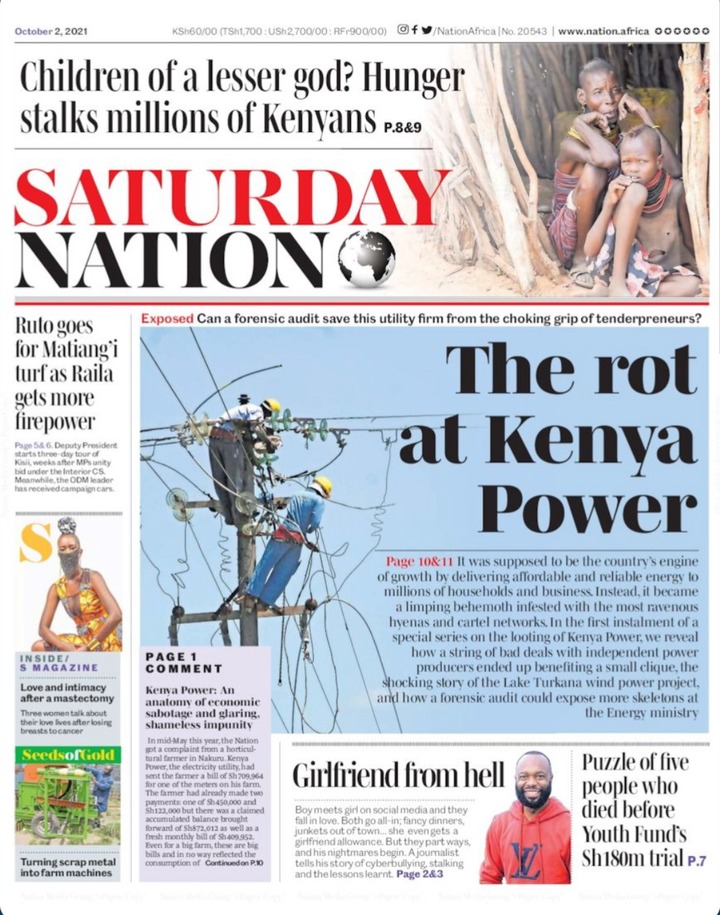 According to this newspaper, the fight against corruption has started to bear fruits for the very first time in Kenya's history with top leaders accused of involvement in various scandals being found guilty and severely punished in the past few months. The Director of Public Prosecutions (DPP), has cracked down on corruption cases where former public servants and leaders who have been found guilty of stealing and misusing hundreds of millions of shillings meant for the public. Some of the leaders involved in scandals and fined millions of money include: