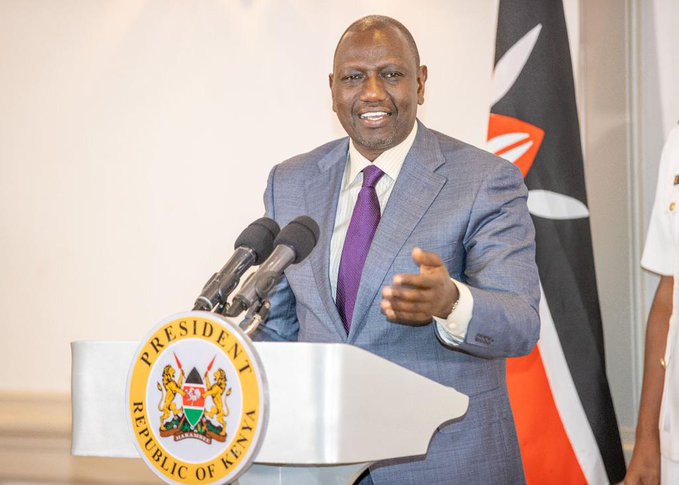 President Ruto’s first visit to the Luo Nyanza region since his election has now elicited mixed reactions among Kenyans especially after it emerged that most of the Luo Nyanza leaders snubbed him during the visit to Homa Bay County on Sunday.

Lawyer Ahmednasir Abdullahi for instance took issue with the area MP Peter Opondo Kaluma on Twitter after he claimed that he failed to attend the event due to a lack of means.

It is for this reason that Ahmednasir retorted at him while dismissing his claims as mere excuses. According to Ahmednasir, there is no way a whole MP could fail to attend a President’s function due to a lack of means.

“Lack of means? You will never be happy or satisfied with the favors God has bestowed on you. You are poor at heart,” said the lawyer.

The MP while responding to Ahmednasir’s tweet explained that he got the information from the President at 10.30 am. According to him, he could not make it in time because he doesn’t own a chopper and his V8 vehicle could have managed to reach the constituency in 6 hours’ time. 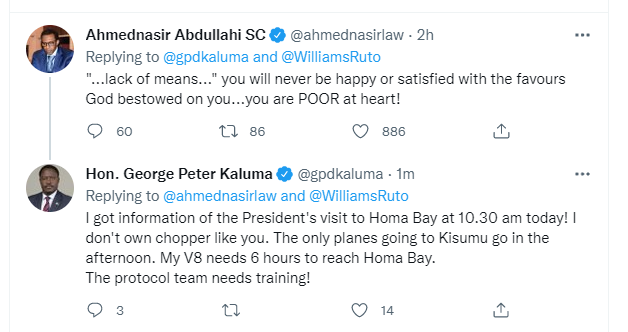 Apart from Peter Kaluma, the other leaders from the region who snubbed President William Ruto are Governor Gladys Wanga, John Mbadi, Millie Odhiambo, Lilian Gogo, and Eve Obara among others.