By AsesaThaddeus (self media writer) | 1 year ago President Yoweri Museveni of Uganda during a past State Address to the Nation.

According to President Museveni’s Senior Press Secretary Don Wanyama, the full list will be publicised shortly by Principal Private Secretary to the President Kenneth Omona. 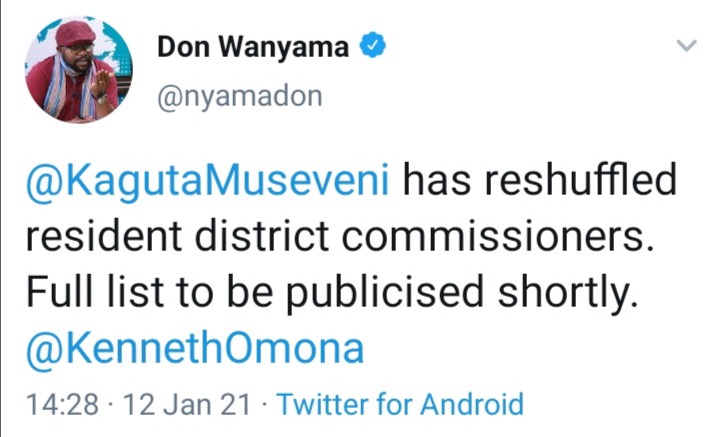 The reshuffle comes just a day to a national poll and takes immediate effect.

General elections will be held in Uganda on 14 January 2021 to elect the President and the Parliament.

Incumbent President Yoweri Museveni, who has ruled the country since 1986, is seeking re-election.

Opera News understands that the President of Uganda is elected using the two-round system, with candidates needing to receive at least 50 per cent of the vote to be elected in the first round. 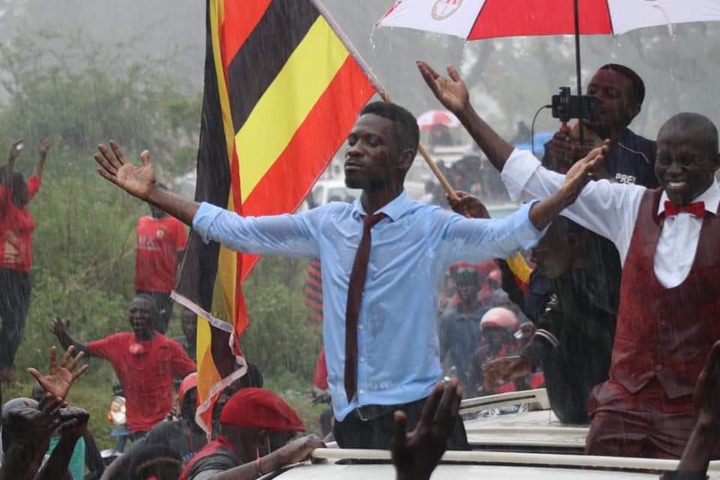 Bobi Wine campaigns in the rains ahead of the Thursday polls.

Chapter 142 of the Presidential Elections Act of 2000 stipulates that presidential candidates must be a citizen of Uganda by birth and be qualified to be an MP.

Candidates are also required to be of sound mind and have no formal connection with the Electoral Commission of Uganda. Term limits were abolished in 2005.

The elections are supervised by the Electoral Commission of Uganda.

Facts About Father Hibbert, A Founder Of The Rasta Movement Who Proclaimed Haile Selassie Was Divine