By Ndiwadaniel (self media writer) | 1 month ago

Kilifi Governor Amason Kingi has been missing for a while during Kenya Kwanza's Coastal visit. Nonetheless, the Kilifi governor is the only principle in the coastal region and is always expected to grace events attended by the Kenya Kwanza team.

In the recent campaign tours in Mombasa and Kilifi, Kingi was expected to grace the events but he never showed up. Besides, Kingi’s team never gave any apologies. None of the representatives was sent to replace Kingi. Those present were ANC's Musalia Mudavadi, DP's Justin Muturi Ford Kenya's Moses Wetangula, and Maendeleo Chapchap party leader Alfred Mutua. 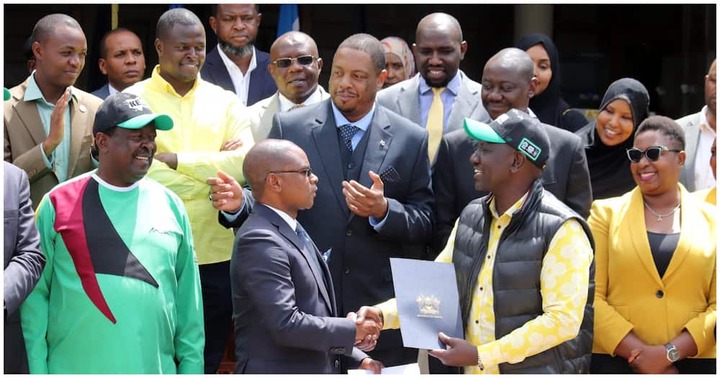 During Saturday’s Tononoka rally, Deputy president Ruto witnessed a low turnout. The rally was delayed because there were only a few UDA supporters on the ground. Besides, the rally was set to start at 2 pm, but by 3:30 pm the rally was yet to begin because of the low attendance.

After losing a lawsuit seeking to nullify their exit from the Azimio, Kingi and Mutua have been unable to officially leave the other coalition.

On the other hand, most Pamoja African Alliance PAA candidates have not yet rebranded their campaign vehicles after the party excluded itself from Azimio. 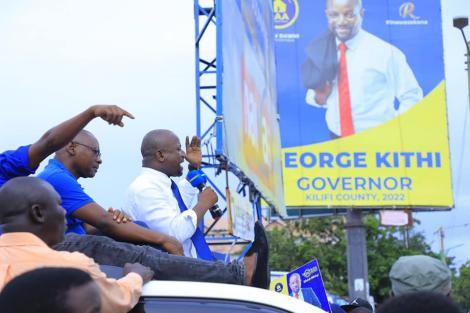 On the other hand, Kingi never accompanied Ruto when he was getting clearance from the IEBC.

Content created and supplied by: Ndiwadaniel (via Opera News )