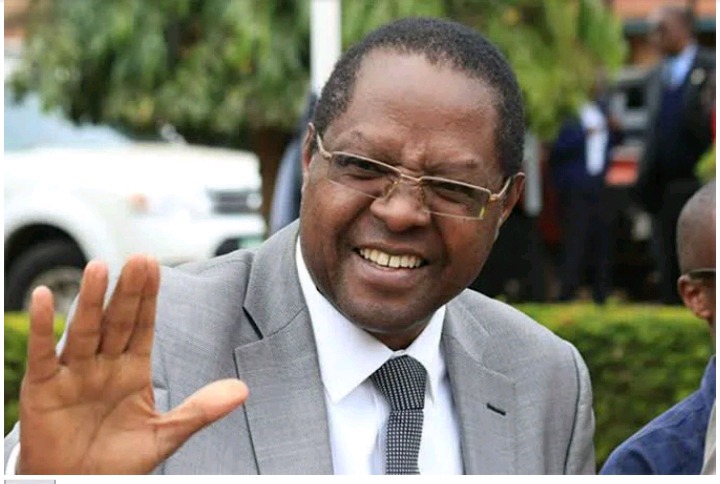 Former governor of Embu county Martin Wambora has been in politics for quite sometimes now, but his leadership faced some controversies. He has an interesting life story, and many people are not aware of it.

Wambora was born in the year 1951 on 9th of April, therefore h has advanced in terms of age. He was born in Embu county, therefore he is a Kenyan by birth. Wambora really did well, because he has studied a lot. He holds a bachelor degree in political science from Makerere university. 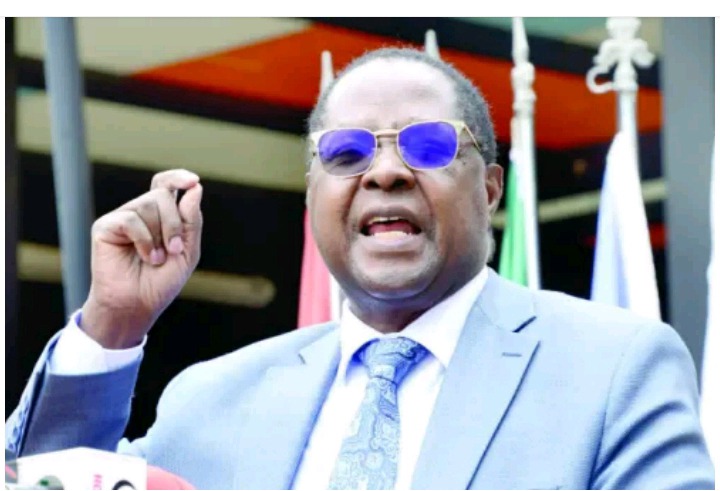 A few politicians in Kenya have managed to do political science, because many people were not interested in becoming politicians by then. They saw this field as a suicide, because most of them knows politics is a dirty game.

Many people recently are gaining more interest in becoming politicians in Kent nowadays, because a lot of things have changed in politics nowadays. The democracy of Kent have matured today, because people didn’t witness election violence this year. 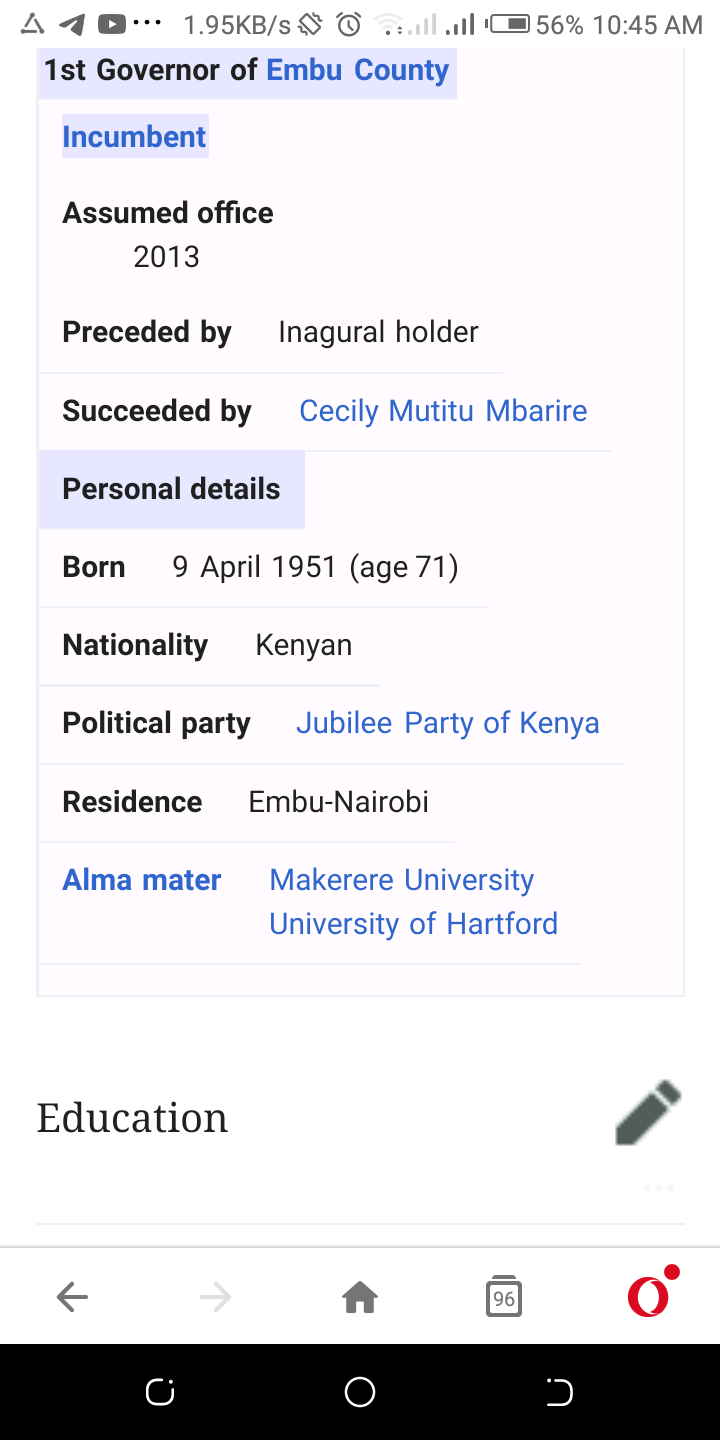 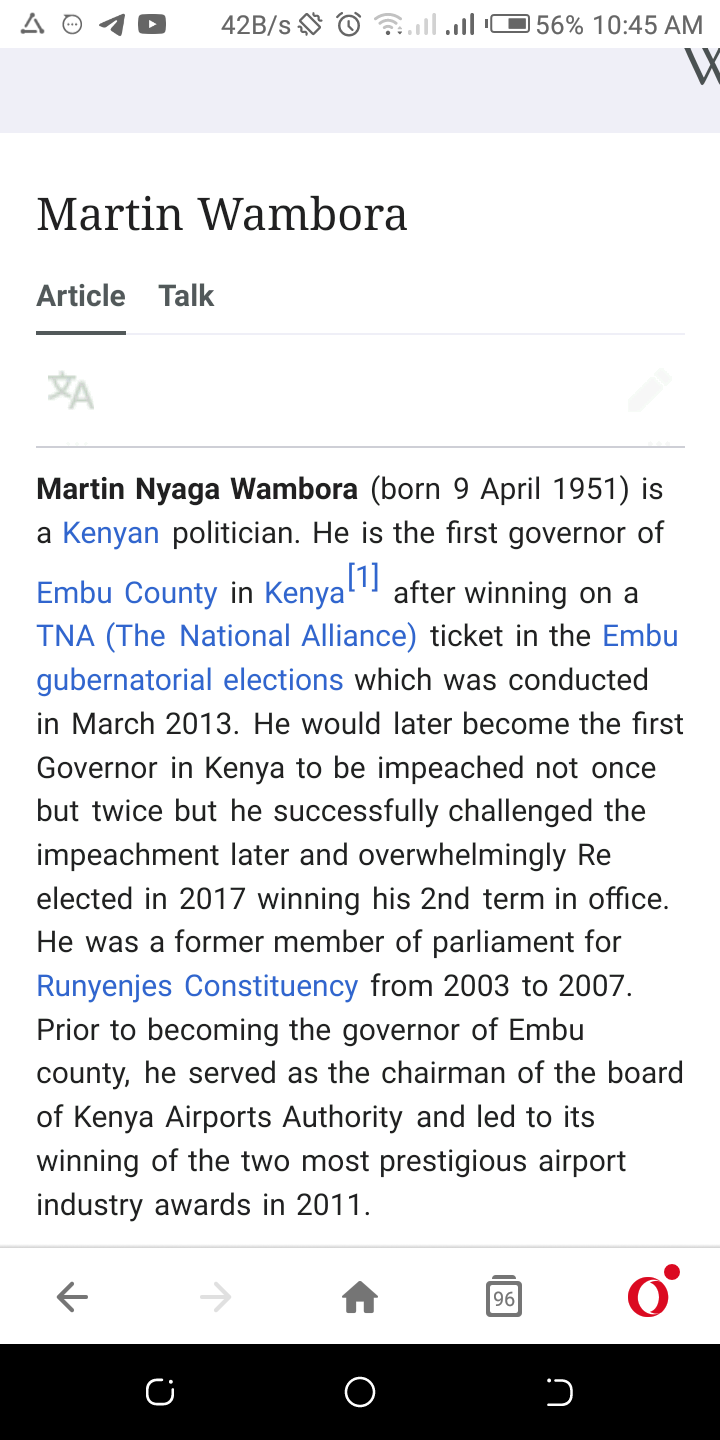 Wambora also holds an MBA from the University of Hartford in the United Stated Of America, so he is among the fewest politicians in Kenya who have majorly studied in foreign countries. Wambora worked in various jobs for sometime, before he entered into politics.

He was elected as the first governor of Embu county in the year 2013, after he won under The National Alliance Party. Wambora is among the fewest Kenyan politicians who faced impeachment, after he work ethic got into question.

Kerugoya court found his impeachment to be in lawful, and they declared it null and void. Wambora has been a lucky man, because things have always worked in his favour.