By martombevi (self media writer) | 2 months ago 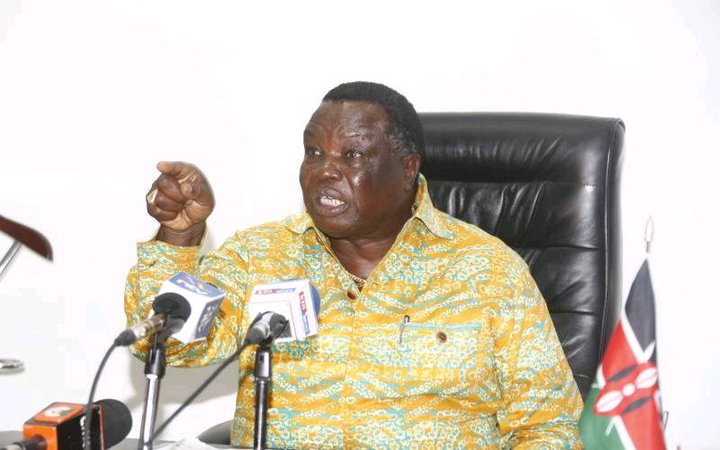 Francis Atwoli, Secretary General of the Central Organization of Trade Unions (COTU), has said that members of parliament should be paid and given allowances that are fair.

Atwoli said that for MPs to look like leaders, they need to be unique and drive nice cars.

"Our leaders must look good, dress well, drive nice cars, be able to talk, look like they represent the people, and be seen as members of parliament. It's up to us as taxpayers to make sure they look nice so they don't turn into con artists or do other things that don't deserve a member of parliament. He said.

The secretary general of the COTU was also angry with the Salaries and Remuneration Commission (SRC) for getting rid of allowances. He agreed with what Speaker Moses Wetangula said, saying that the allowances should be given to parliamentarians.

"What do you mean when you say that a Member of Parliament can't be well paid? Our Members of Parliament must be special. So many people rely on them, and they have to start a lot of things in their own districts. Atwoli said, "If you stop them from making money, what will give them the dignity of being members of parliament? You would be hurting the country."

Atwoli also said that the Supreme Court was wrong to get rid of the National Government Constituency Development Fund (NG-CDF).

He said that money had been used in the past to start programs that helped many Kenyans.

"It's not possible to tell the MPs they can't have CDF. I don't think we're going in the right direction. "They need to get good pay and allowances," he said.

"I don't think that the SRC and other people who have stopped the CDF, including our judiciary, are doing the right thing. Some Kenyans should think about these points of view." He said.