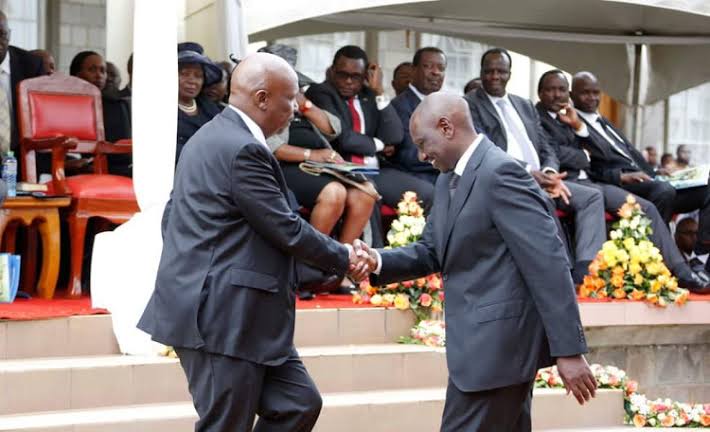 Ruto and Moi, who is the lastborn son of former President Daniel arap Moi (deceased), have been battling for the control of the populous Kalenjin communuity since 2002. 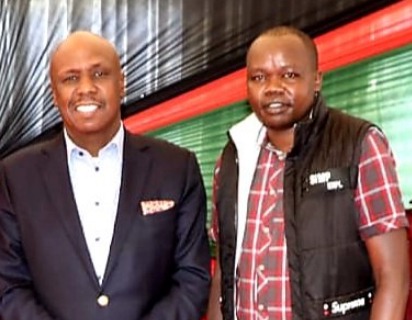 According to Moi's digital strategist Cornelius Ronoh, Ruto has instructed his Tangatanga bridage not to mention the Baringo Senator during their rallies or press conferences.

In a tweet on Thursday, Ronoh speculated that the DP may have realised that Moi was the frontrunner in the race to the State House and could be preparing to endorse him. 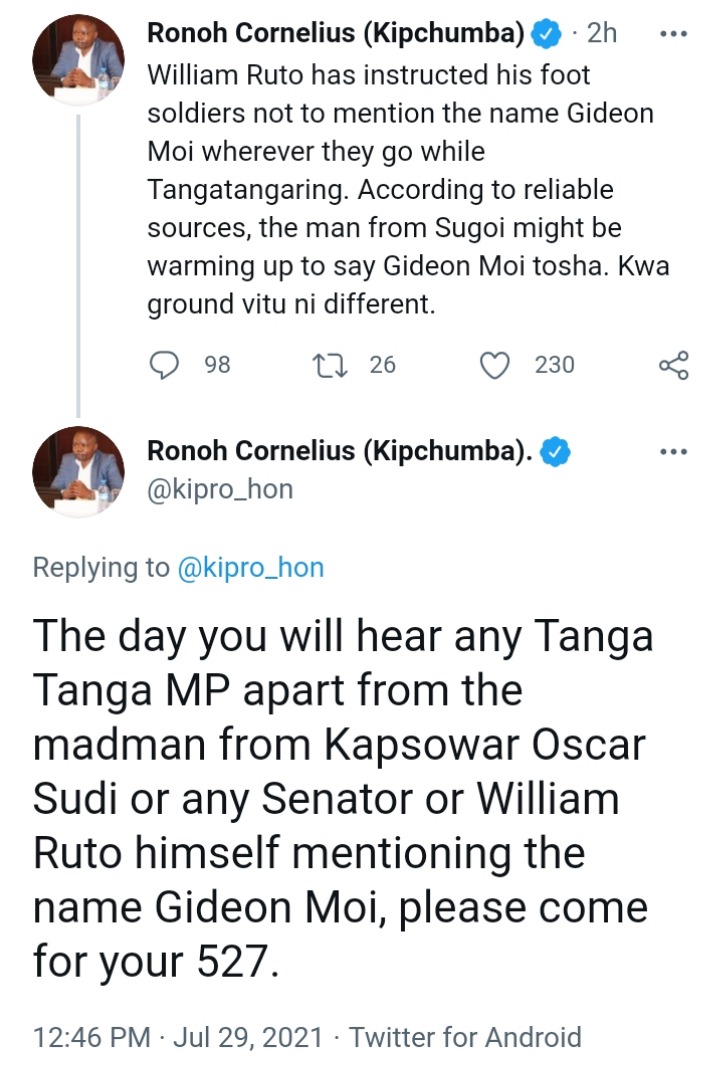 The digital strategist, however, said despite the warning Kapseret MP Oscar Sudi was expected to ignore his boss and go ahead with abusing the KANU chairman as he always does.

On a related story, KANU Secretary of Committee on Policy and Legal Affairs Kidi Mwaga has said Moi was not looking up for endorsement and has started grassroot mobilization of his support base and was hopeful of being President Uhuru Kenyatta's successor. 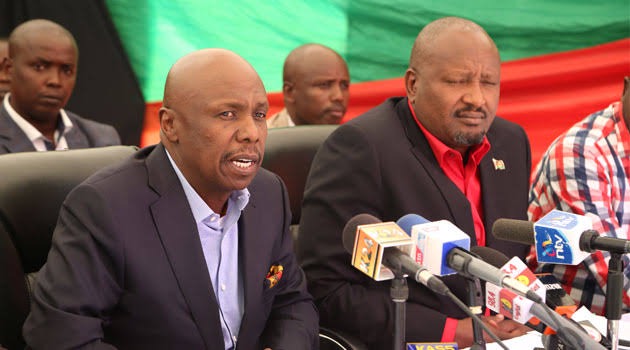 Moi and his allies. [Source/KANU]

"We are keen to have Gideon Moi as the fifth President of the Republic of Kenya. We have the capacity, will and political wherewithal to make sure that we marshall our own numbers without endorsement of everyone," Mwaga told TV47 on Thursday morning.

The lawyer further dismissed a notion that KANU, the oldest party in the country, was regional and ethic-based, noting it has 18 branches across the country with a staff close to 1000. 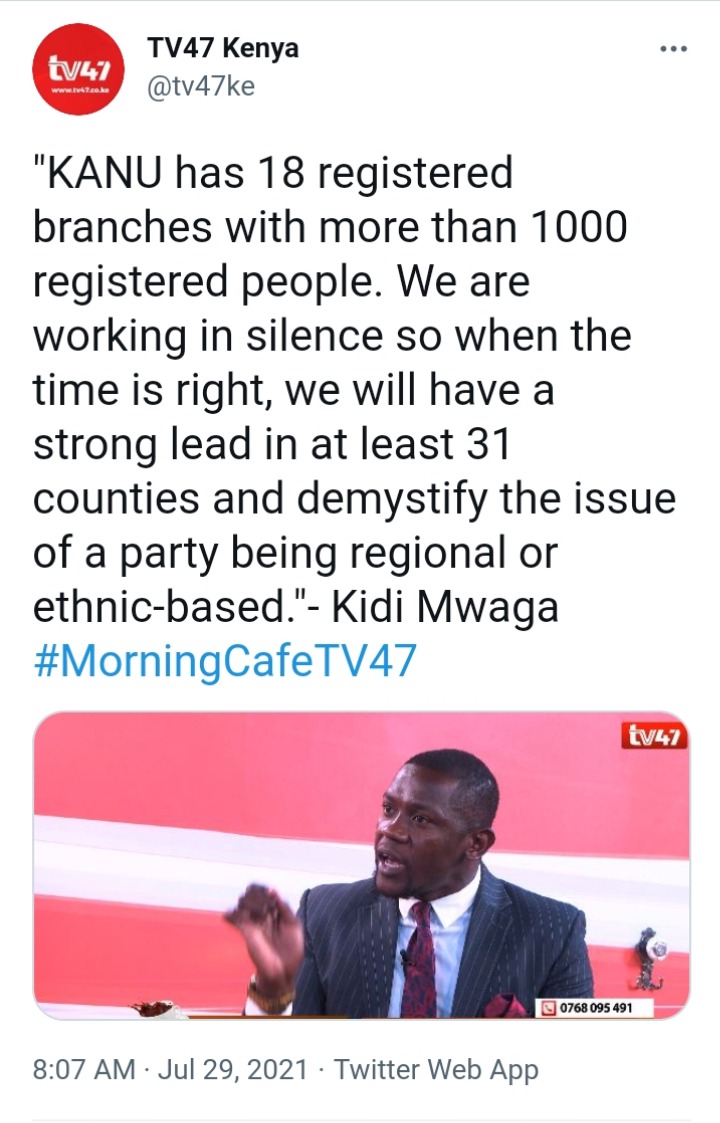