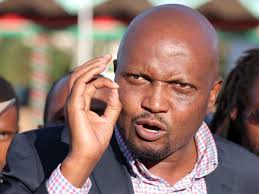 Provisional results of the 2022 General Election began streaming from polling stations across the country.

While the outcome of the presidential poll remains a priority, some of the candidates of the other elective seats have already bowed out as early as Tuesday, August 9.

Incumbent Lang'ata MP Nixon Korir concedes defeat to radio personality and comedian, Jalang'o. Media earlier today was accusing Jalang'o of losing the seat but later on it was confirmed after the counting was completed and declared a winner.

Embakasi West MP George Theuri has failed in his bid to seek a third term.