The former Vihiga Governor Akaranga, is having a new plan that will make Musalia Mudavadi to kick out Raila Odinga from his backyard.

The former Vihiga Governor Moses Akaranga is pushing for a political partnership with Sabatia MP Alfred Agoi in the quest to unseat Governor Wilber Ottichilo and has mounted pressure on Amani National Congress (ANC) Leader Musalia Mudavadi to step in and help seal the deal. 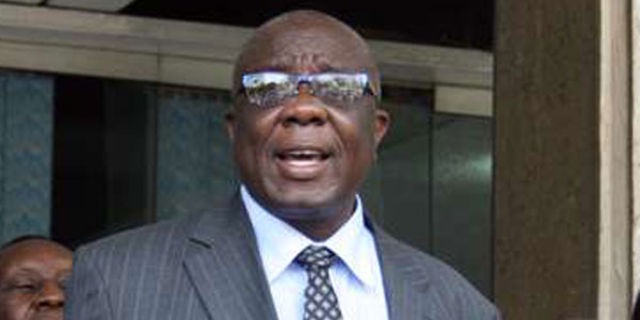 Mr Akaranga wants Mr Mudavadi to ask Mr Agoi, who is his close ally, to stand down in his favour.

He claims it’s the only way for the ANC party leader Musalia Mudavadi to kick out the Raila Odinga-led ODM party from his Vihiga backyard.

The plea by Mr Akaranga comes ahead of plans by Mr Odinga to tour the county this coming weekend.

The former governor is seeking to recapture the seat he lost to Dr Ottichilo in 2017 through the Progressive Party of Kenya (PPK), while his political nemesis, Mr Agoi, who is an ally to Mr Mudavadi, will be making his first attempt in 2022.

Mr Mudavadi has not responded to Mr Akaranga’s request, but Kakamega Senator Cleophas Malala asked Mr Akaranga to first join ANC as proof that he is supporting Mr Mudavadi’s presidency.