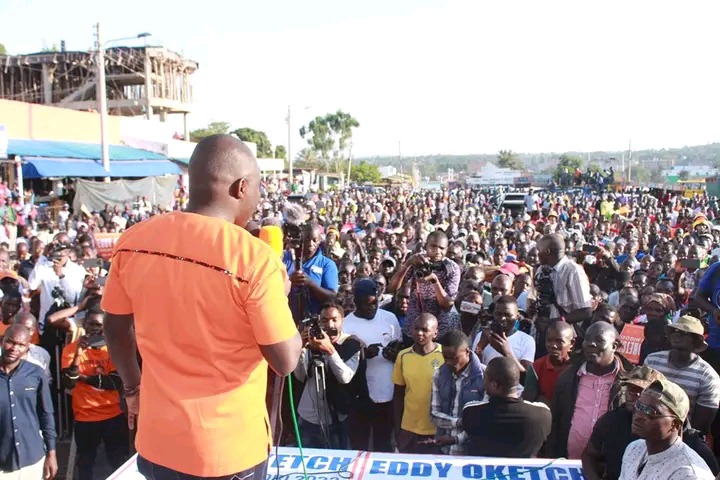 ODM senate nominee in Migori county for the upcoming general elections was received today by a mammoth crowd during his homecoming.This is the first time he was making an appearance after he received the party nomination certificate.He still has a pending case in court however having been filed by his opponent Misare Njagah. 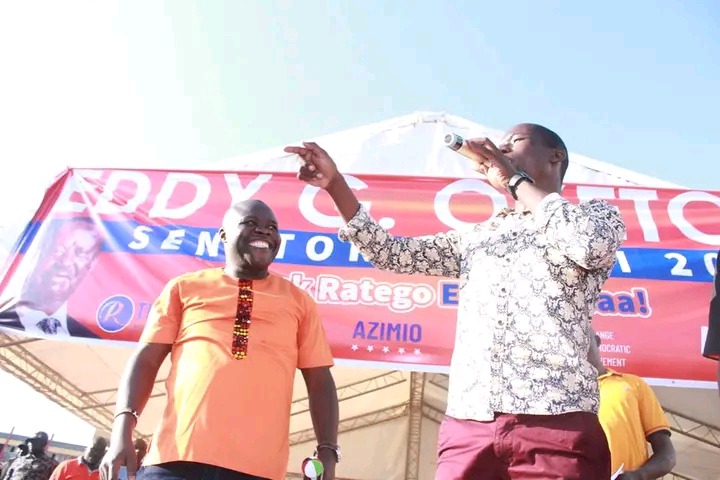 In Friday's meeting, a number of leaders were in attendance.These include Homabay County senator Moses Kajwang, and also nominated lawmaker and woman representative nominee Denitah Ghatti.

In the same event, one of his opponents by the name Victor Okuna declared to support Gicheru's bid having shelved his. 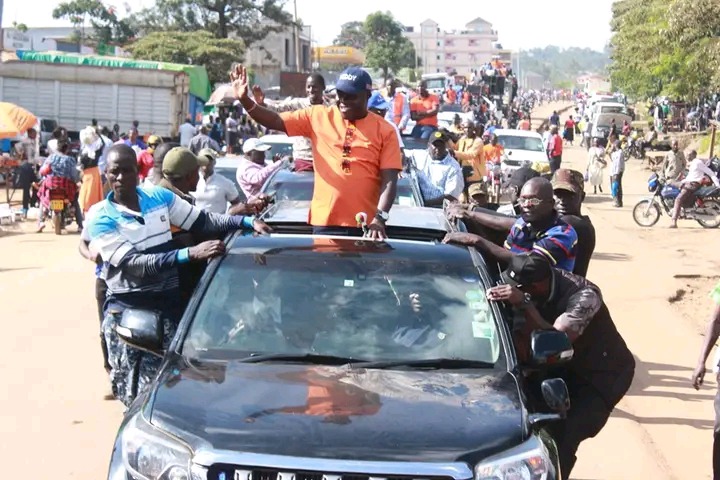 Eddy Okech also crisscrossed Migori town together with hos supporters waving at his supporters who had come out in large numbers to receive him. 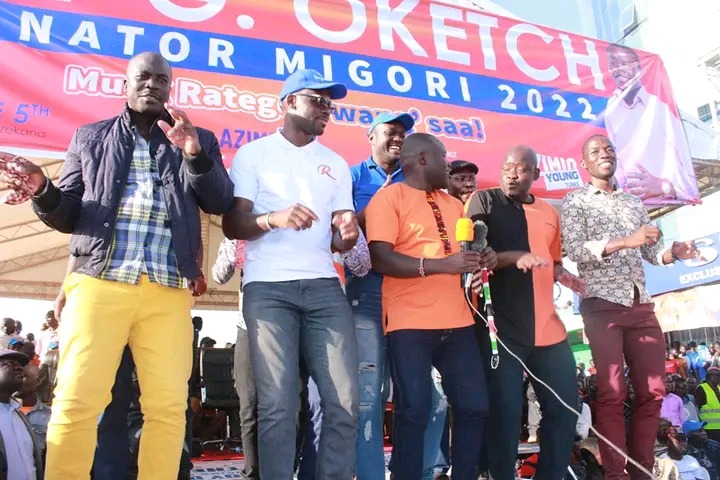 Gicheru unsuccessfully vied for the seat in 2017 and then went on to lose in the by-election held after Ben Oluoch's death.In 2022, he was the only strong candidate as the others were newcomers and probably why he was given a direct ticket.

Anxiety As Junet Is Set To Share Video Of Wetangula Meeting With High Ranking IEBC Official.

Sonko Mourns Death Of Girl Who Lost Both Hands In Accident