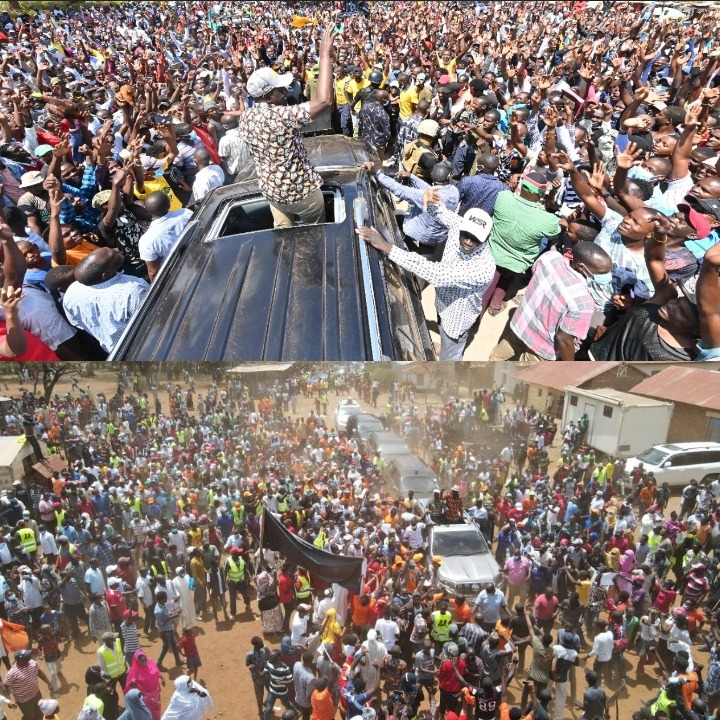 It is becoming more clear that the magnitude of a crowd a politician draws while touring a certain region translates to the dominance he or she has got.

Deputy President William Ruto and Orange Democratic Movement party leader Raila Odinga have been touring several regions of the country in what has been identified as Hustler empowerment and Azimio la Umoja rallies. 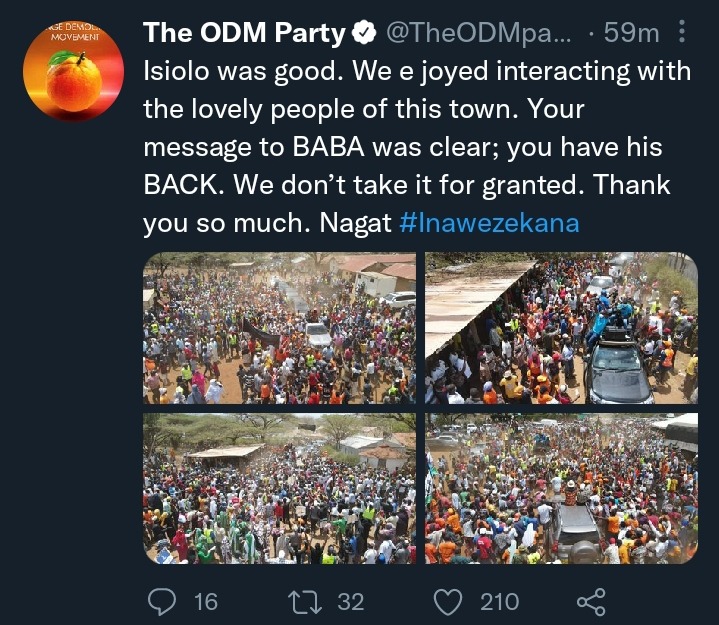 Today, Raila Odinga was with his team in Isiolo County where Deputy President William Ruto was a few days ago. The former Prime Minister managed to attract a huge crowd who promised to support his ambitions. 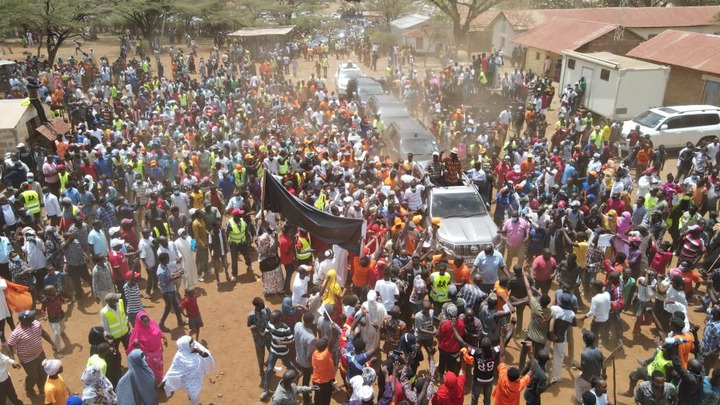 However, looking at Deputy President William Ruto's previous crowd in Isiolo, there were more people that those who attended Raila's rally today which proved that the DP is making huge strides ahead of the ODM leader in getting more dominance in various regions. 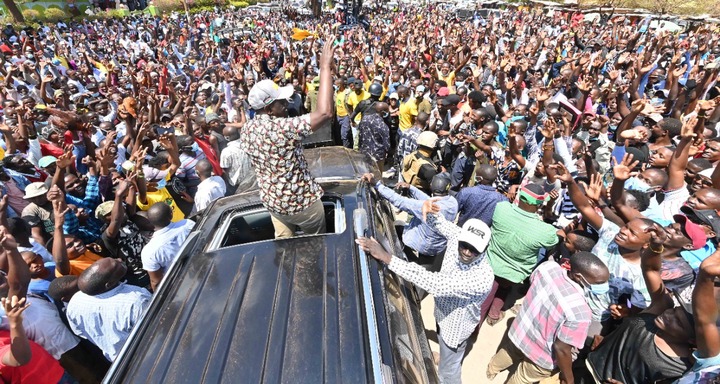 Many Kenyans might not agree that crowds do not vote, but some how the crowds indicates that Kenyans are rallying behind the leader who they have gathered around to listen to.