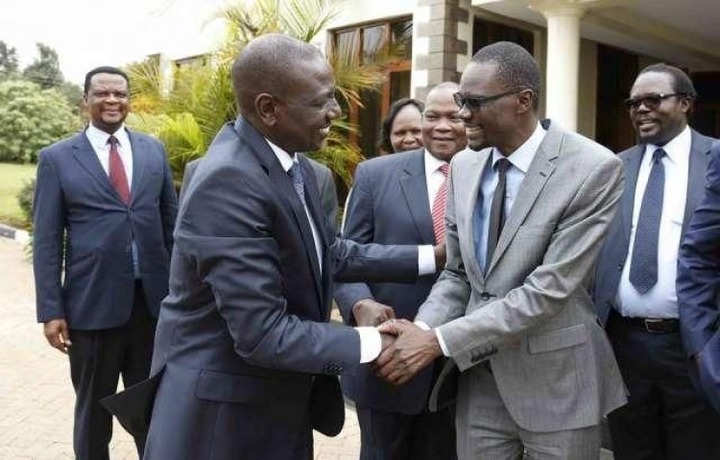 Even as the country expects Deputy President William Ruto to jet back into the country on Thursday (today), Kenyans have been told about the activities that will take place during UDA Party's National Delegates Conference NDC, set for Tuesday next week.

But before Tuesday, Ruto will hold a mega rally at Thika Stadium on Sunday to seek blessings and seal a working covenant with Mt Kenya residents, most of whom have endorsed his presidency.

According to UDA secretary for legal affairs Edward Muriu, plans for Ruto's Thika meeting with Mt Kenya Leaders and later residents have been finalized and it is at the same function that the DP is expected to be coronated as the region's candidate.

The planners of the NDC meeting have revealed that about 10,000 delegates have been invited to the Kasarani convention and already, 5,000 have confirmed their attendance.

The wheelbarrow party is expected to officially unveil DP William Ruto as their party's presidential candidate.

Among the key guests who have been invited include Amani National Congress leader Musalia Mudavadi and his Ford Kenya counterpart Moses Wetang'ula.

It is reported that after Ruto's endorsement at Kasarani on Tuesday, the three principals will officially sign their pact that will bind them ahead of August 9th.

Ruto was initially not allowed to sign the deal with the two without UDA delegates' approval.

"The coalition agreement between UDA and its friends will be approved by the delegates and this will allow our party leader to reach out to others by signing a post or pre-election agreement," said EALA MP Simion Mbugua.

Also expected to attend the NDC meeting is Chama Cha Kazi Party Leader Moses Kuria, who will also be expected to sign a pact with UDA and endorse Ruto as the party's presidential candidate.

This comes days after Kuria revealed that over 21 Mt Kenya region parties will sign a working pact with DP Ruto's UDA party and endorse him as their candidate.