President Escapes Death by Whisker After Man Attempts Stabbing Him

By KipepeoNews (self meida writer) | 2 months 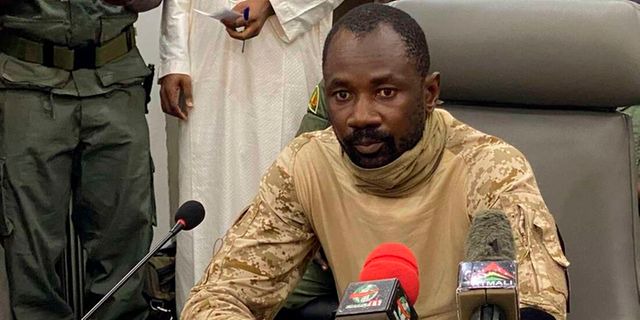 The killing of the Haitian President by gunmen continues to reverberate across the world, with many asking themselves how possible can a Head of State being threatened or even killed yet they are the most protected people in the world.

And now as per the reports, Mali Interim President Assimi has escaped death by a whisker after a man tried to stab him on a Grand Mosque in Gotta, Bamako City.

The Presidency while breaking the news, claimed that the man was overpowered and his attempts to stab and kill the president was neutralized. 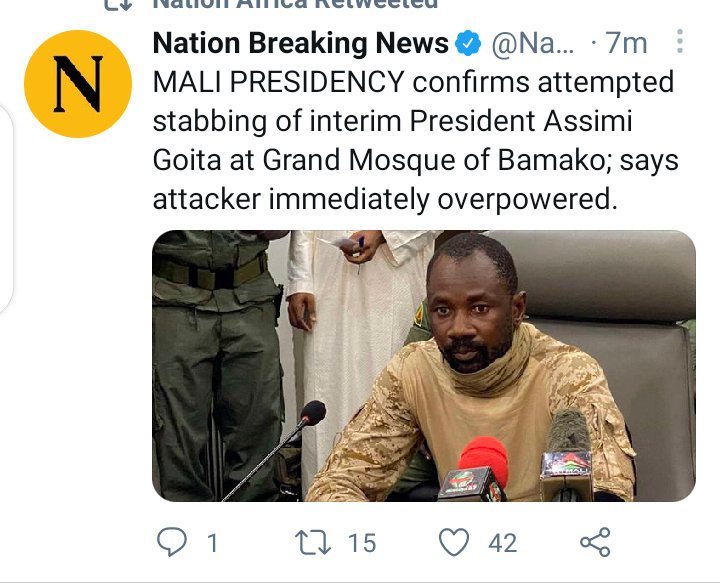 Mali, a country in Central Africa has been making headlines after former General of the Army of Mali Assimi Goita matched against the President and establish himself as the President of Mali instead.

Assimi accused the former president of running the affairs of the country without his input yet he helped him get to power.

Assimi's actions caused uproar in the West and US, with the UN warning Assimi to promise to do the democratic elections in due time.