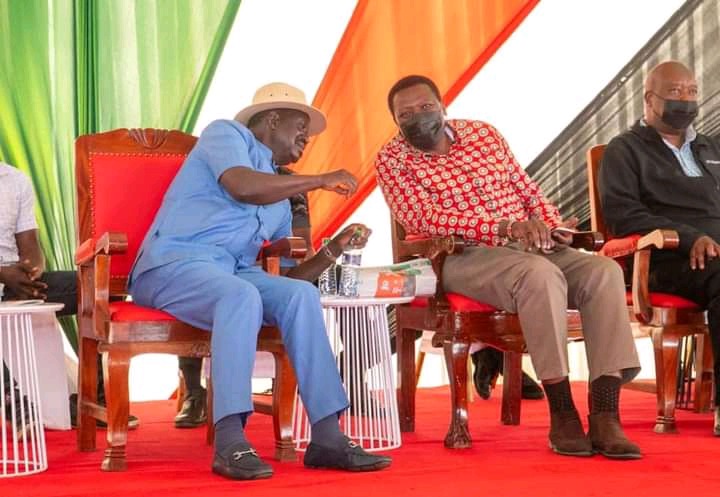 Raila Odinga, the former prime minister, was invited to a fundraising event held at Nyamira County's Mwongori High School. Ben Momanyi, a Borabu Member of Parliament, spearheaded the fundraising effort. This was surprising because the ODM leader has always opposed fundraisers, harambees, and church donations.

He's spent a lot of time condemning Deputy President William Ruto for holding those events. He was joined by a number of Cabinet Secretaries, which was intended to imply that the former Prime Minister still had the government's support. Defence Minister Eugene Wamalwa, Health CS Mutahi Kagwe, and Interior CS Fred Matiangi were among the CSs present. 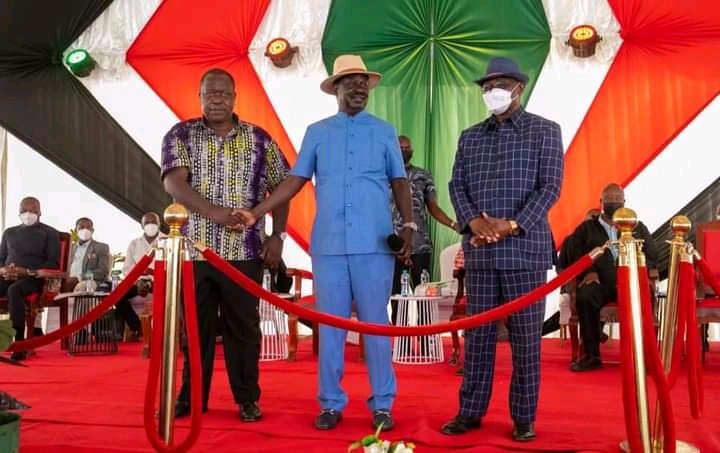 Political speeches clouded the celebration, which brought together all of Kisii and Nyamira's leaders. For example, Richard Onyonka, a FORD Kenya MP, advised the Interior CS to abandon his goal and back Raila Odinga in the 2022 and 2027 elections. The presidency appeared to be a merry-go-round rather than a democratic process.

However, Kenyans were drawn to Junet Mohamed, a member of Parliament from Suba East. Raila's presidential bid may have been jeopardized by the outspoken lawmaker's statement. Raila's presidency, according to Junet, will be a Nyanza matter since the Nyanza will profit from his leadership and progress.

He went on to say that people like Mutahi Kagwe would be outsiders who would come begging for progress. This was a clear political message that Raila's government would exclude people from Mt. Kenya and other regions. Junet is known for making risky statements that could lose ODM money.

Following Junet's statement, Kenyans turned to social media to share a previous video of Raila Odinga speaking in Narok and requesting that the Maa Community not sell land to individuals from the Mt. Kenya region. This video might come back to haunt the former Prime Minister in his attempt for re-election in 2022.