Will Hustlers Make it Again? Kiambaa By Election Takes a New Twist

By MucheruStan (self meida writer) | 1 months

The Hustler movement might suffer a great loss after the United Democratic Alliance (UDA) Party unveiled their candidature for the forthcoming Kiambaa constituency parliamentary by-election. 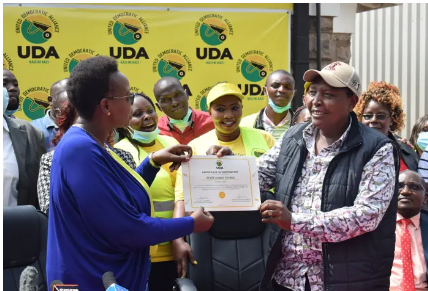 Their revelation came barely two days after Moses Kuria revealed that Raymond Kuria will bear the PEP's flag in the mini election slated on 15th July. 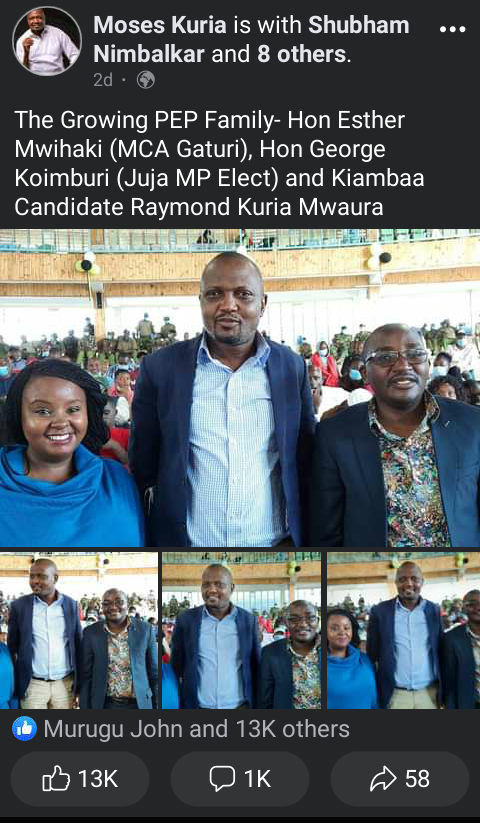 In a post shared through their official Twitter handle, UDA Party Secretary General Veronica Maina accorded nomination certificates to John Njuguna Wanjiku and Kamau Thumbi who are expected to vie for the Kiambaa Constituency and Muguga Ward by elections respectively. The party further vowed to conduct a peaceful campaign towards popularizing their candidates. 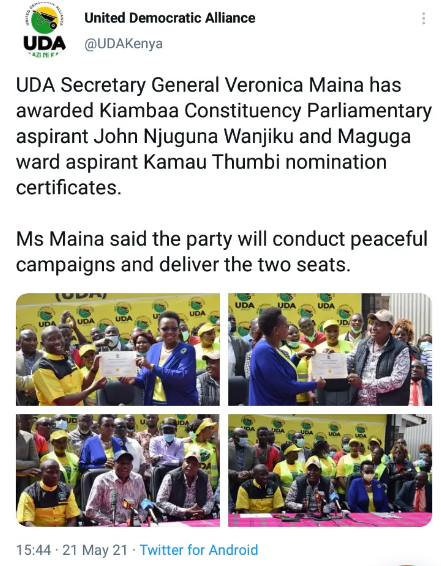 PEP which recently won the just concluded Juja Constituency will be tirelessly campaigning against the UDA which is largely linked to the Deputy President William Ruto. 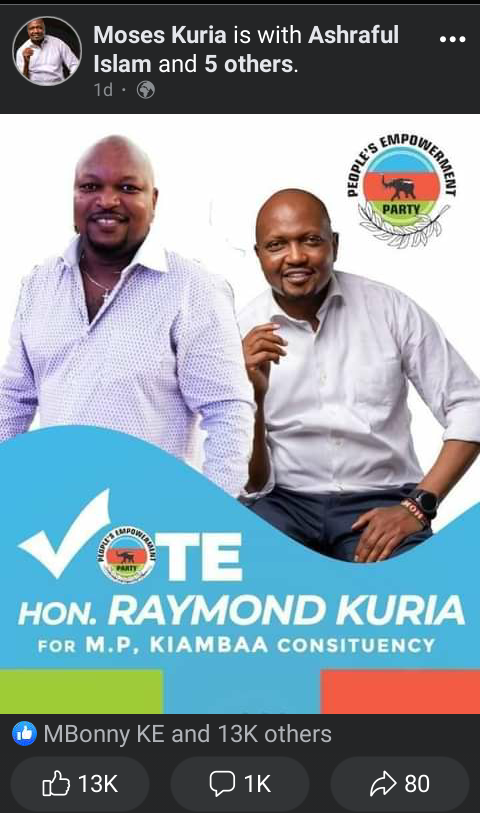 UDA Party withdrew their candidature from the Juja by elections in favor of Moses Kuria's candidate who won with a landslide.

If neither of them withdraws from the race in favour of the other, they will both have a difficult time which might see them loose terribly to the ruling Jubilee Party.