Deputy President William Ruto on Sunday sparked outrage in his Rift valley backyard after calling on electorates to send home leaders who oppose him during the upcoming August polls. The Kenya Kwanza chief noted that people like Kesses MP Mishra should be sent home alongside Raila Odinga on August 9. 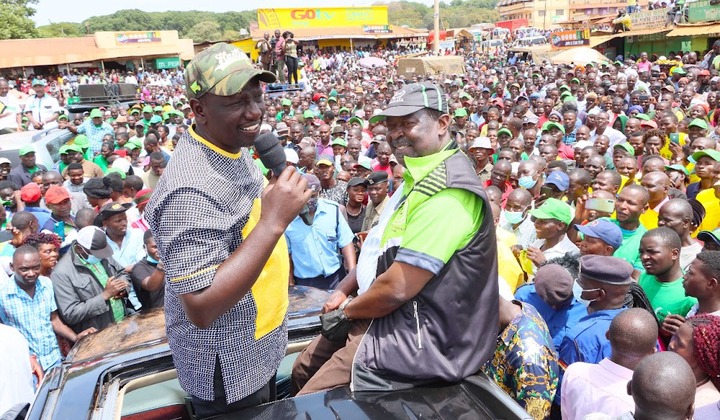 Ruto accused Mishra and other Rift valley rebels of riding on him to power and then betraying him when he needs them most. He termed them arrogant and full of pride. The Rift valley kingpin challenged his supporters to send a strong signal to those opposing him in the region by denying them votes.

“When we shall be sending Azimio la Umoja One Kenya Coalition leader Raila Odinga to Bondo in August general election leaders including Mishra should be voted out. We gave him votes in 2017 but have since become full of pride and arrogance. We selected some of these leaders without any bias and we gave them a platform to represent and work for wananchi. They have plundered public resources and some cannot even walk and time is nigh they are shown the door,” said DP Ruto.

In the upcoming general elections, MPs Alfred Keter, Sila Tiren, and Swarup Mishra will be vying as independent candidates. Keter had initially won the UDA party primaries but his ticket was revoked. Kutuny and Governor Tolgos will be defending their seats on Jubilee tickets.

Kutuny has come out to dismiss Ruto’s call for electorates to reject them terming the move as desperate. Speaking to Daily Nation, the vocal lawmaker said Ruto’s sentiments were inconsequential to their race for various elective seats. Kutuny expressed optimism that they will still be re-elected despite Ruto’s incitement. 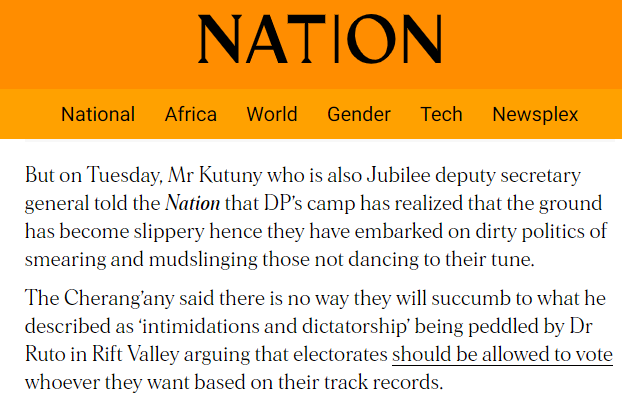 “DP Ruto’s sentiments are inconsequential. Our people are going to elect a track record and will elect their representatives, not party representatives. We want to make it very clear that people should be left to exercise their democratic rights. What is said is a characteristic of dictatorship and we will not entertain dictatorial tendencies in our region. Voters should not be intimidated but should be allowed to choose,” said Kutuny.