Karungo Is Now Able To Vie For Kiambu Senator Race As court Orders IEBC To Clear Him.

By Counselor (self media writer) | 3 months ago 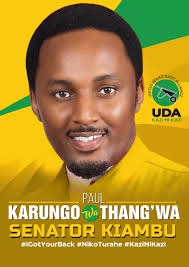 Elections in August Karungo Thangwa must receive court approval in order to run for the Kiambu Senate seat. 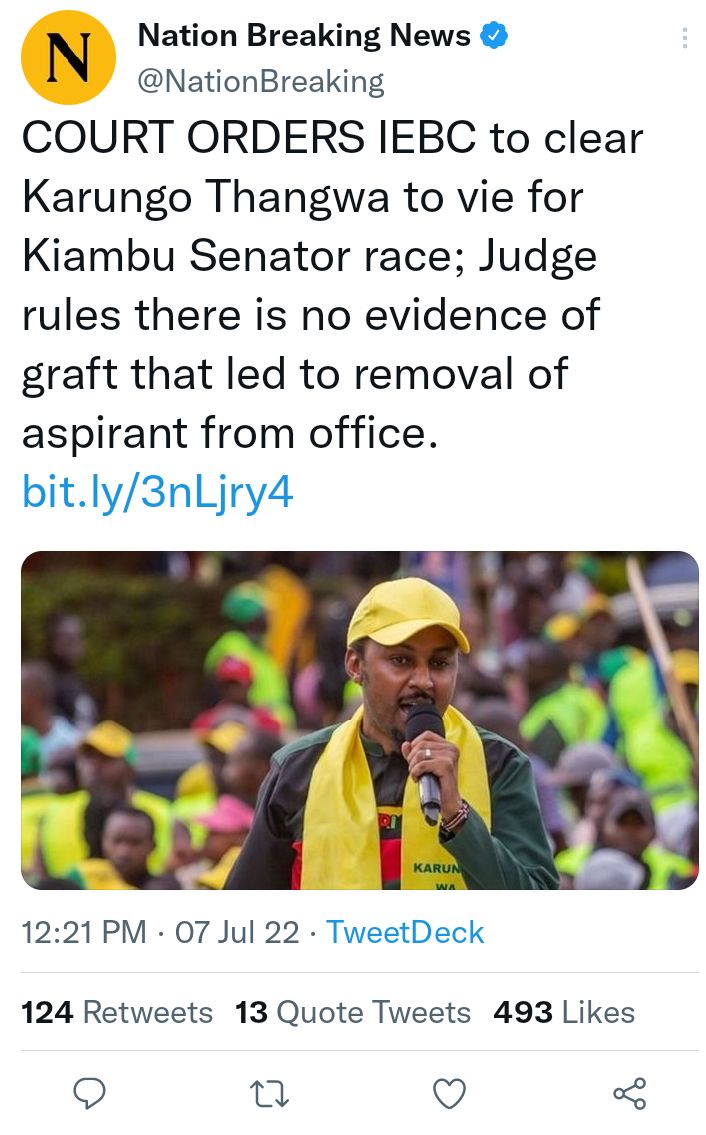 Kenya's NAIROBI, July 7 - Karungo wa Thangwa, a senatorial candidate for the United Democratic Alliance (UDA), can now breathe a sigh of relief after the High Court overturned the Independent Electoral and Boundaries Commission (IEBC) dispute resolution committee's decision to exclude him from running.

The High Court stated in its decision that there is no basis for the attempt to prevent him from holding public office since he has been impeached.

According to the High Court judge, there is no proof that the candidate's removal from office was motivated by graft.

With 33 days till the election, the election body IEBC has been instructed to certify the candidate and make sure he is on the ballot.

Karungo wa Thang'wa, the former Kiambu County Executive Committee Member for Youth Affairs, was barred from voting in the senate election on August 9.

This comes after the IEBC Dispute Resolution Committee disqualified him from office on the grounds that he was no longer qualified to serve in public office.

The tribunal added that the deadlines had passed when he showed up, citing the lateness of his nomination submission to the County Returning Officer.

“The respondent behaved within the law in declining to clear the complaint on account of him having been removed from office and presenting himself for nominations outside gazette time.

The committee affirms the returning officer's judgment in light of the following, the tribunal states.

The impeachment of Thang'wa in October 2019 was said to be legitimate and not to have been successfully contested in court, according to the IEBC Dispute Resolution Committee.

The committee claims that requests to prevent the impeachment were withdrawn in August 2020 and that no related directives were issued.

According to the decision, Thang'wa was not actually impeached but rather was dismissed from office by the Kiambu county parliament.

"In view of the foregoing, it is evident in the committee's minds that the complaint was in fact removed from office and directives that had prevented the removal had been revoked. The judgement stated that the removal was upheld.

Content created and supplied by: Counselor (via Opera News )

Sent From Heaven, Police Officer Rescues A Stranded Woman In Hospital By Doing This Great Thing

I Am Not Afraid To Speak: Mwalimu Dida Reacts After Chebukati's Wife Was Shortlisted as PS

Two Public Holidays That Will Affect Schools This Month