By Rent (self media writer) | 1 month ago

Kenyan Politician and activist Boniface Mwangi, has sparked mixed reactions after he revealed that he once rejected a job offer from the President of Kenya Uhuru Kenyatta because of so many reasons. Also he caused a stir online after he posted photoshop photos of Uhuru working as a butcher dressed in diapers explaining his reason as to why he rejected the job offer. 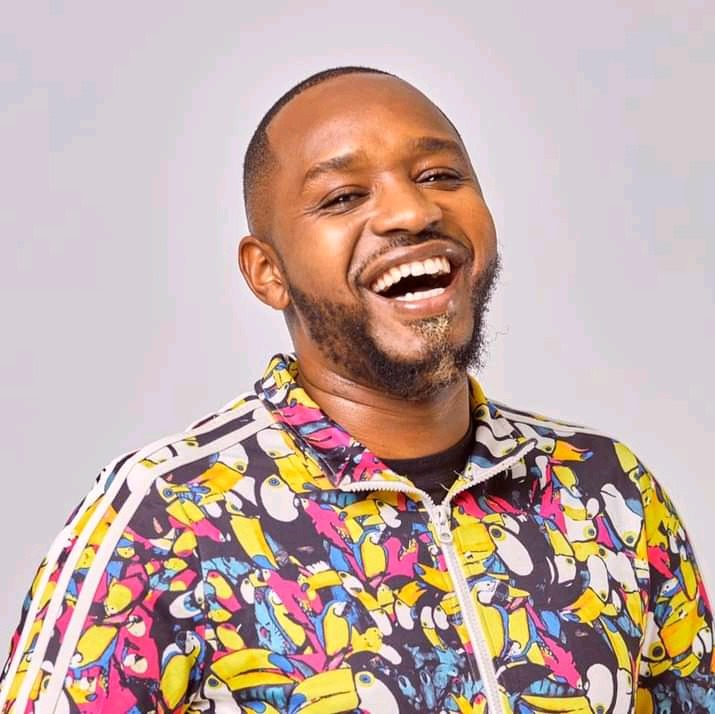 He blamed Uhuru for the debts in Kenya because he alleges he looted a lot of money from Kenyans and now everyone is at risk, even our children. According to him, Uhuru once offered him a job but he rejected the offer because of the reasons above. 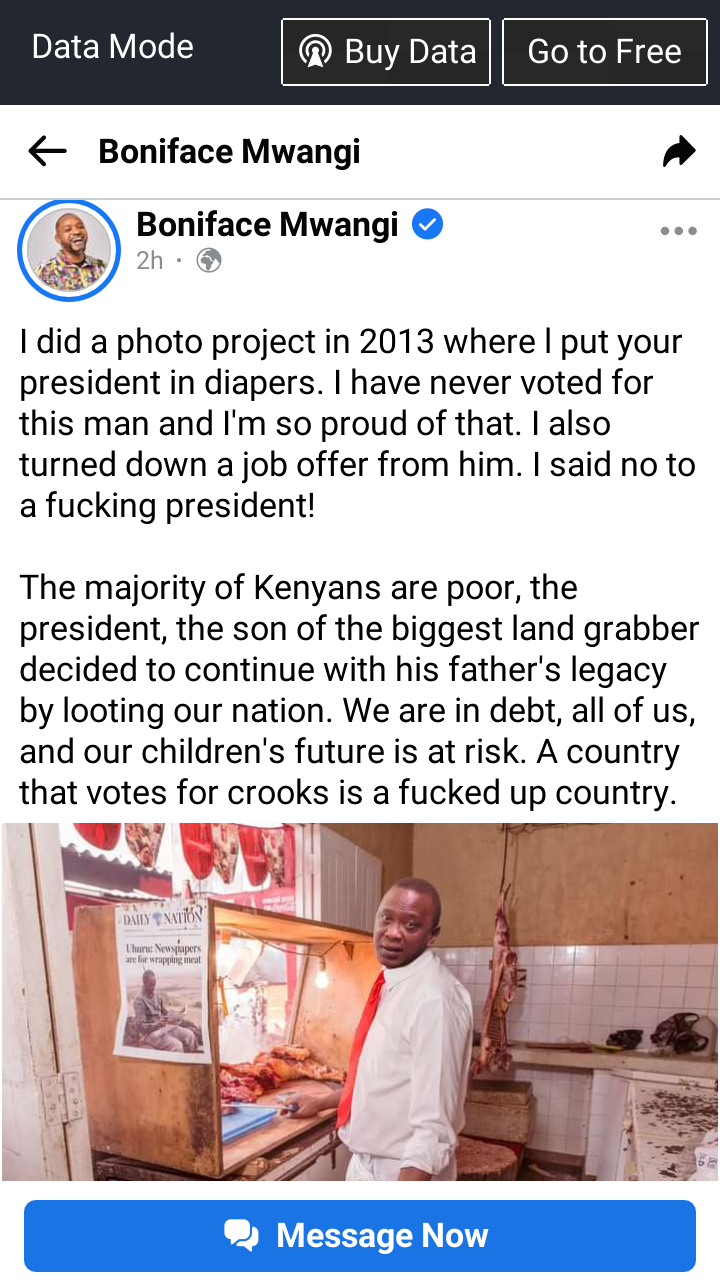 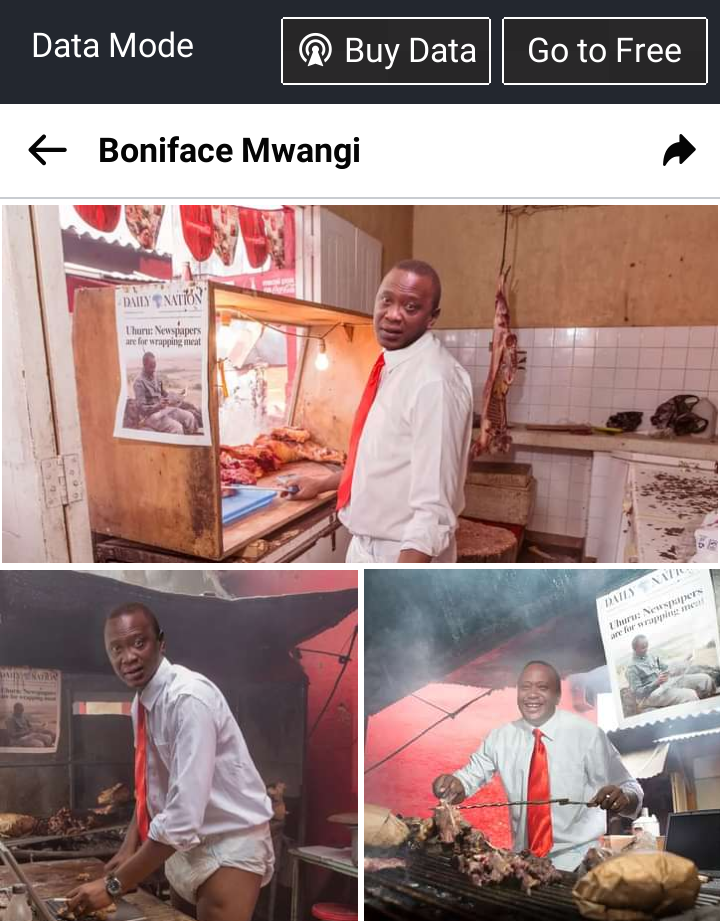 Kenyans were really angry with Boniface Mwangi for posting those photoshop pictures of Uhuru saying it's okay for him to criticize the government but he should respect the office of the President. 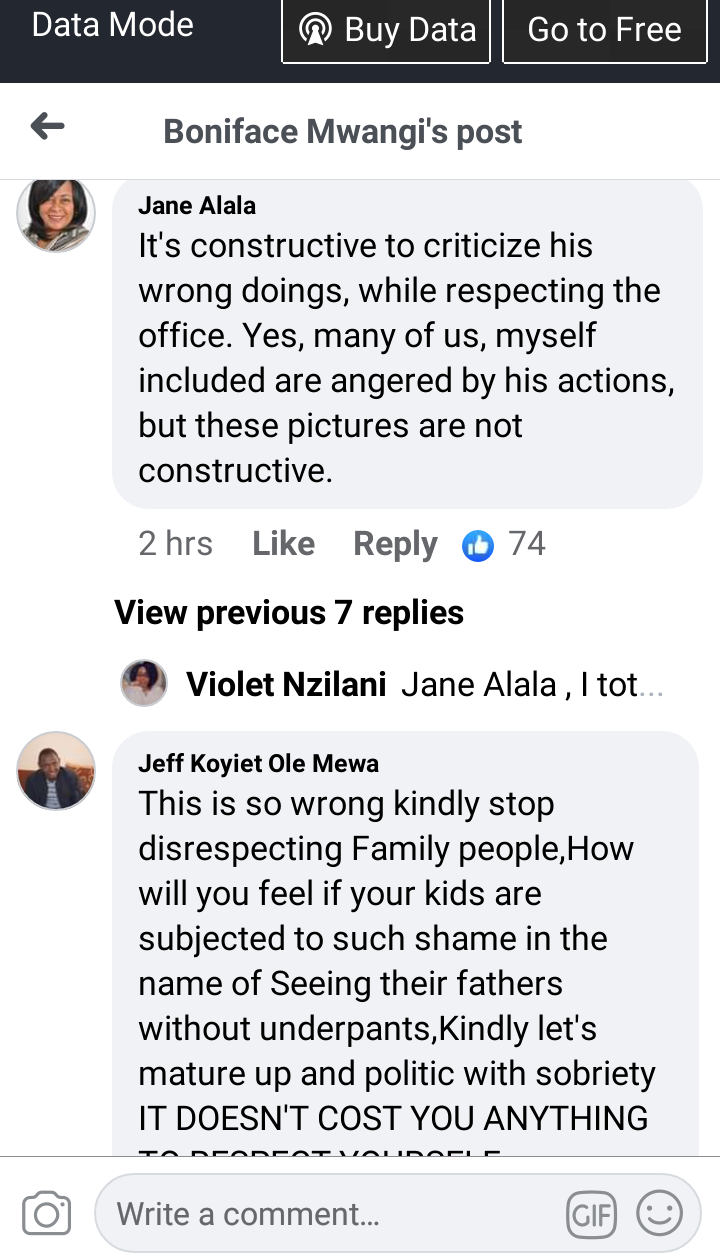 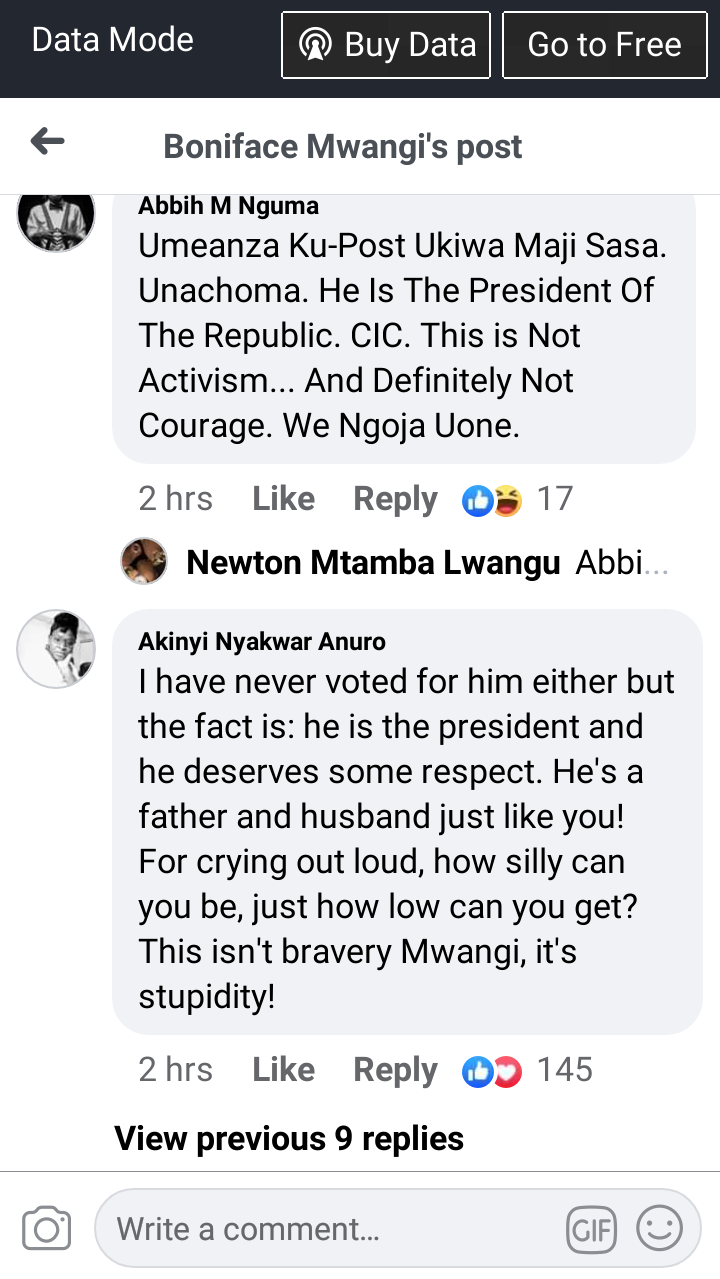 "President Should Guide The Process Rather Than Choosing His Preferred Successor", Kilonzo Says

Adorable Purple Outfits You Can not Do Without, See Them Out