Ruto connived with his cronies to plot my impeachment, Says Uhuru

By RoarByMacs (self media writer) | 3 months ago 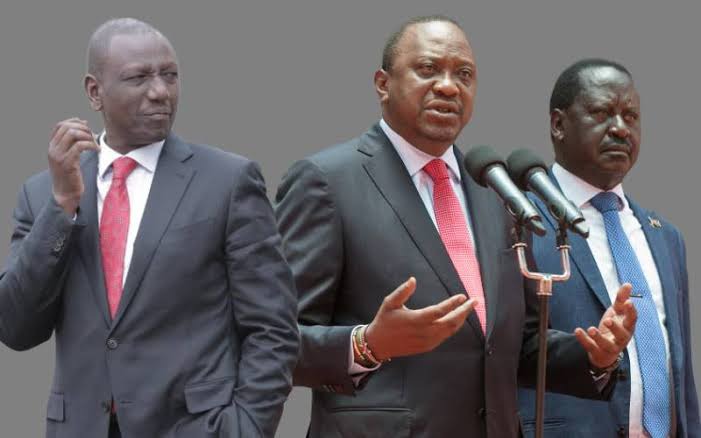 The gathering, which was one of its type in recent years, drew 3,000 elders from Kiama Kia Ma, the Kikuyu Council of Elders, and elected leaders from the Mt Kenya region, with the main conclusion being the launch of a civic awareness campaign about why Ruto is bad for them.

Uhuru explained that he split up with his deputy after discovering that he was plotting to overthrow him ahead of schedule. The conduct of the Jubilee party primaries in 2017 exposed the president's eyes to a larger conspiracy, he claimed. He alleged Ruto messed up the Jubilee primaries in order to get rid of his (Uhuru's) loyalists and replace them.

He said he was duped into taking over the administration when Ruto was in leadership of the party. And, riding the crest of his newly minted adherents, Ruto attempted to cut a power deal with the Opposition when he formed the government.

"The president informed us that Ruto was preparing behind his back how he could close ranks with Raila in order to impeach him at the proper time," said the source.

Uhuru also painted a picture for them of a power-hungry deputy willing to go to any length to gain power.

He used the comparison of a man sent by his boss to give delicacies to the boss's family, but who incites the family against their own father, alleging he neglected them and that it is he, the deputy, who has brought them the food.

"He informed us that Raila had a slew of demands, including power-sharing," Chege said. "After a series of meetings about why they should unite for the sake of the country, Raila gave in and assured him of his support."

The president has been particularly irritated by Ruto's brigade's broadsides directed at him over the years.

He referenced the attacks on his mother, Mama Ngina, as an example, claiming that such incidents had never occurred before, even during electioneering.

The president, according to Wachira Kiago, the Kiama Kia Ma National Chair, wants to see a united and peaceful region where people are well informed before casting their presidential vote.

"We were given the duty of persuading the region as to why the president chose Raila, as well as the significance of peace and togetherness."

"We will advise the electorate to reject leaders who promote hatred. "We'll also emphasize to our people the importance of collaborating with other communities," Kiago stated.No other community, he claims, insults their king.

Kiarii Rugami, Muranga chair for the Kikuyu Council of Elders, stated they will launch aggressive grassroots activities to safeguard the community following the General Election.

Ngunjiri Wambugu, the MP for Nyeri Town, said the president was emphatic that politics is driven by interests, and he emphasized the need for the region to prepare for the August elections while being careful of those who don't give a damn about what they want.

"They rejected efforts to have equitable resource distribution and equality in representation, no matter how many times they profess to love us and visit our region, no matter how much money they offer our people as handouts," Wambugu cited the president as saying in his address to the elders.

The elders, according to Ngunjiri, were encouraged to embrace their roles as leaders in their communities and tell their families the truth "one home at a time."

"He emphasized the need of having a single vehicle that will ensure that the area has a say no matter who comes over administration after the elections," Ngugi added.

Following yesterday's meeting, residents will meet with the Nyakinyua League of Women Leaders, as well as elected female leaders, before meeting with Nchuri Ncheke councils, which will be accompanied by elected male leaders from Tharaka Nithi, Meru, and Embu counties.

In the coming days, President Uhuru will meet with female leaders from the three counties at State House to promote his campaign.

Content created and supplied by: RoarByMacs (via Opera News )