Kang'ata, Ichungwa Opens Up on Matiang'i Impeachment Scheme as Pressure on the Super CS Mounts

By KevoEyewritter (self meida writer) | 22 days 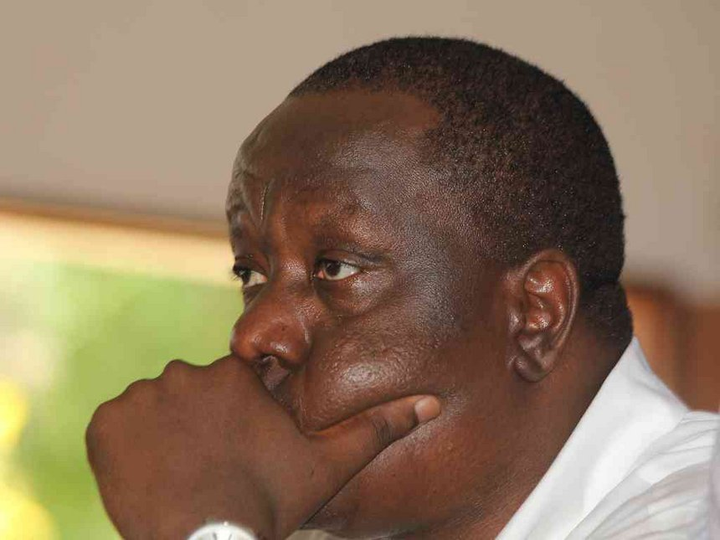 The recently held by-elections appears to have left a bad taste among the ODM and Tangtanga politicians who have cried foul citing excessive police harassment and intimidation during polls.

ODM party leader Raila Odinga is among those who have raised concerns as he lamented about the abuse of police powers in the Juja and Bonchari by-elections by a few overzealous government functionaries who are perusing personal interests.

ODM Secretary General Edwin Sifuna also hit the streets of twitter to lament about Interior CS Fred Matiang'i who is said to be the man behind the reportd police menace. Sifuna asked president Kenyatta to fire the super CS accusing him of using police to clobber his own people in Bonchari.

With that being said, a move to send Matiang'i home through impeachment is said to be brewing. According to the Standard, Kikuyu MP Kimani Ichung'wah has reveled that Tangatanga will consider supporting an impeachment motion against the CS if ODM sponsors it. Ichung'wah asserts that it is wrong for a CS to abandon his job to start interfering with politics.

Murang'a senator Irungu Kang'ata revealed that he is aware of a plot to impeachment Matiang'i in the National Assembly but he did not reveal details of the person who is sponsoring the motion. 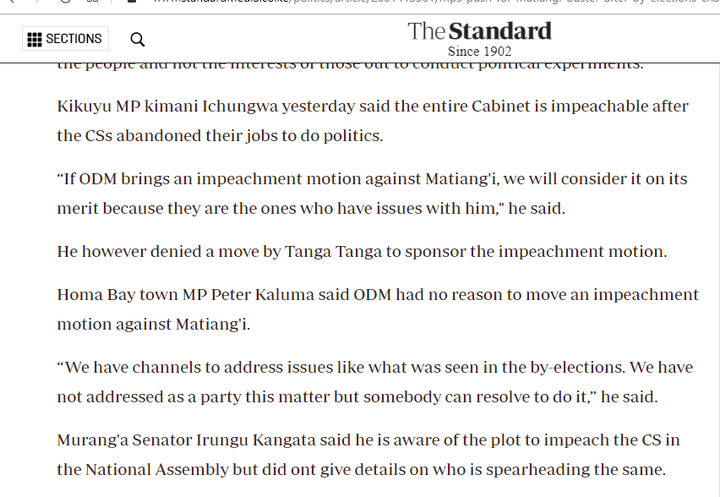