By barasasammy (self media writer) | 1 month ago 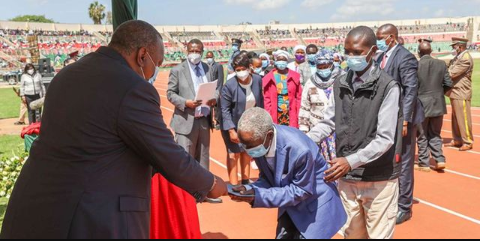 A total of 14 legislators drawn from both the National Assembly and the Senate have been nominated to receive various presidential awards this year.

Parliament in an advertisement in the print media yesterday listed the 14 lawmakers and invited the public with any objection to present their views to the Joint Parliamentary Honours Advisory committee co-chaired by both the speaker of the National Assembly and the Senate.

The list has nine members of the National Assembly and five from the Senate.

Top on the list include the new chairman of the National Assembly security committee Peter Mwathi who is also a member of the Liaison committee.

Moiben MP Silas Tiren has also been proposed by the committee to be awarded with the Chief of the Order of the Burning Spear (CBS).

Deputy Clerk of the National Assembly Jeremiah Ndombi and his Senate counterpart Serah Kioko have also been lined for the award of the Elder of the Order of Burning Spear (EBS).

Controller of Budget Margaret Nyakang’o has also been proposed for the award of Chief of the Order of the Burning Spear (CBS). 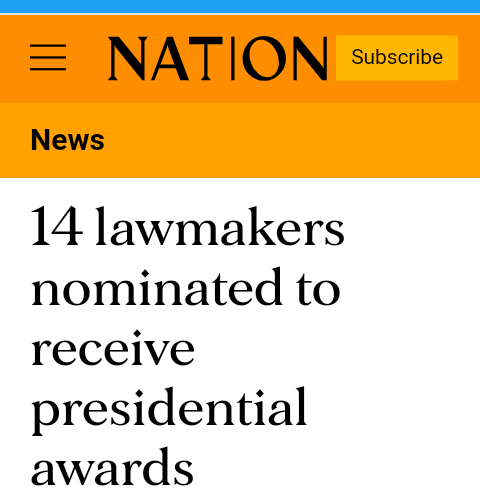