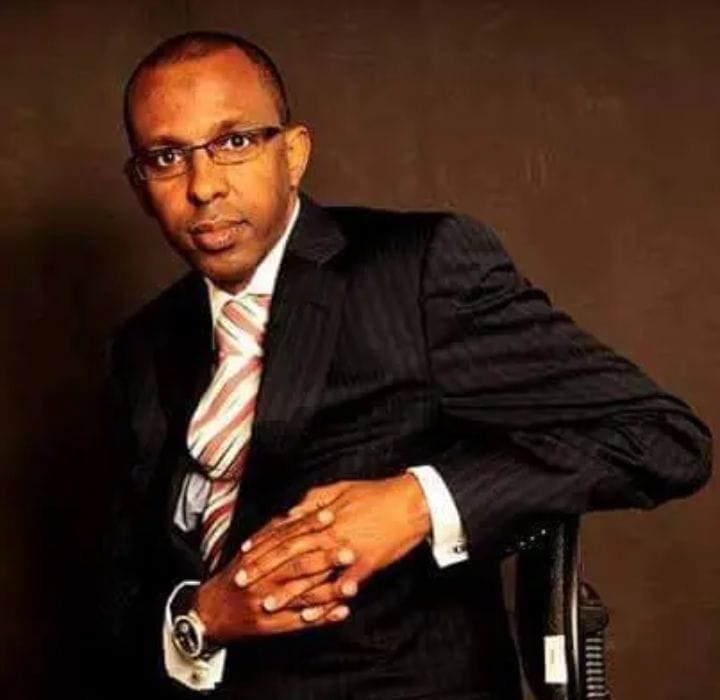 Famous lawyer Ahmednassir Abdulahi also known as Grand Mullah due to his high affinity of handling high end clients has castigated the Judicial service commission for the intrerviews they are currently handling.The lawyer was amongst the lead lawyers who handled the 2017 election petition representing Uhuru nad Ruto.Currently he is a big supporter of Ruto as he seeks for the presidency.

On Tuesday morning 5th July the lawyer called upon the Judicial Service Commission(JSC) to stop continuing interviews meant to fill in six vacant positions in the court of appeal. He called the interview a fake,sham and illegitimate.He cited that saying that he was the immediate former chairman of the senior council committee of the Law Society of Kenya therefore he had a right to speak about it.

Abdulahi went ahead to say the process of interviewing did not meet the mandatory test of article 10 of the constitution and was compromised from the beggining.He claimed members of the commission were captives of the executive and the six candidates to be appointed had already been agreed upon outside the commision.

"The process doesn't meet the mandatory test of Article 10 of the Constitution and is compromised abinitio.Majority members of the Commission are captives of the executive and the 6 candidates to be appointed by the commission have been agreed upon outside the commission," he stated. 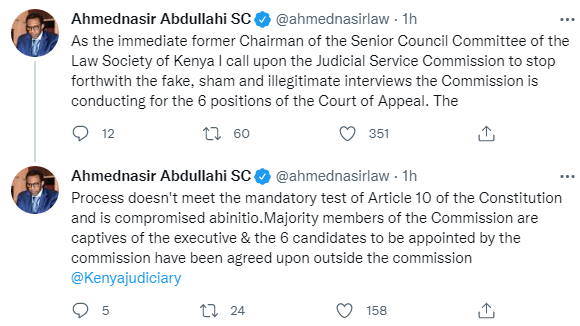 Grand Mullah expressed his sympathy for the judges of the high court whp had applied dor the six positions saying the deep state had already given the positions to certain members of the JSC the acceptable and unacceptable lists.He said the chosen candidates would be given a token interview and graded between 10% to 15%.He challenged the chief justice Martha Koome to openly share with Kenyans the marks all the candidates so that Kenyans judge for themselves whether the process was legitimatg or be cancelled.He accused the Chief Justice of rushing the process to beat the date of election deadline. 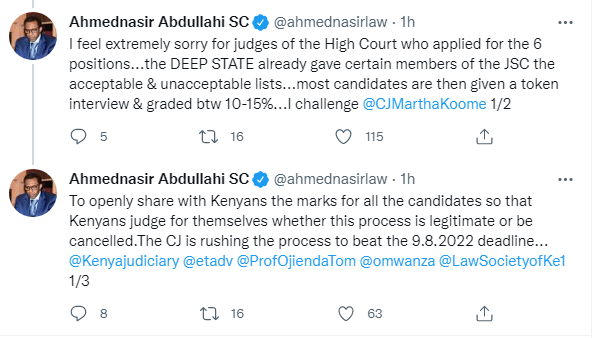 Just in: Mike Sonko Whisked to Safety in Mombasa After Clashing with Hassan Joho -Video

JUST IN: Names of Candidates Who Have Already Been Declared Winners in the Aug 9th Polls Released