By Emmanuel-Wamalwa (self meida writer) | 27 days 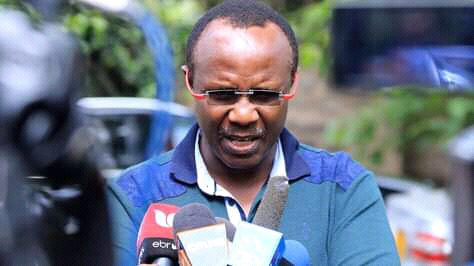 Kenya`s Economist David Ndii has attacked one Netizens after the duo crossed lines on matters the late Tanzania`s icon`s fall John Pombe Magufuli and his government amid claims that Magufuli was going against Human rights and did not developments in Tanzania as compared to always allegedly attacking and harassing his rivals.

According to one Spirit of Ilyas, Ndii speaks as a paid activist, deconstructing the latter, adding that Magulifu was more practical compared to the theoretical Ndii, blasting Ndii for being a coward. 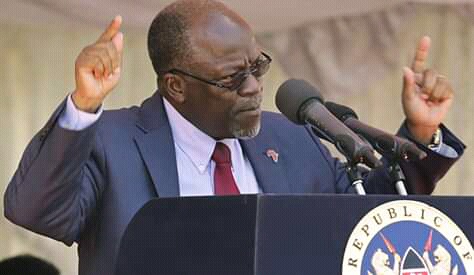 He added that Ndii will never match up with what Magufuli left behind, asserting that he built infrastructure that will outlast Ndii`s economic publications, a bid that could not be stomached by the accused.

“Says a paid activist. Your kind are the worst and sell-outs of cowards. STFU too. Magufuli was greater than your theories. He was a practical man. He built infrastructure that will outlast your economic publications. 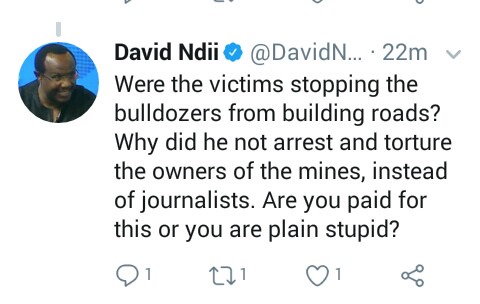 In response, the furious Ndii posed if the victims are the ones that hindered Magufuli from building roads, adding that if that was the case, why didn’t the bulldozer arrest and torture the owners of the mines, and instead substituted the same with journalists.

He fired back terming the Netizen as either being paid or being plainly stupid to think of such about Magufuli. 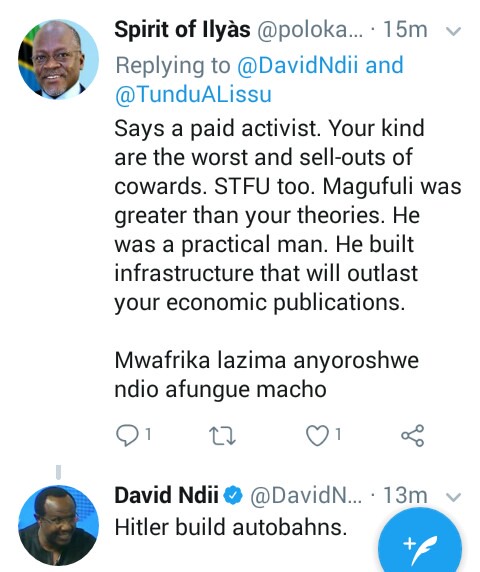 “Were the victims stopping the bulldozers from building roads? Why did he not arrest and torture the owners of the mines, instead of journalists. Are you paid for this or you are plain stupid?” Ndii responded back.

The Kasarani Police Directed Motorists Into The Police Station With Slaps

Kenyans Flock At Raila Odinga's Page, Plead With Him To Help Unlock The Country

Photos: Inside the Smallest Church in East Africa Located in Nakuru County

Juja Murder Probe: Detectives Reveals What Caroline Nyokabi Posted on Whatsapp That Led to Her Death

Internet Erupts as Ngunyi Dares Kenyans Calling for a Revolution to Go Ahead, Says They Are Cowards

35 Years Later, The New Mitihani House is Still Under Construction