Is SA's Cyril Ramaphosa in Tanzania To Attend Swearing In? Fact Check 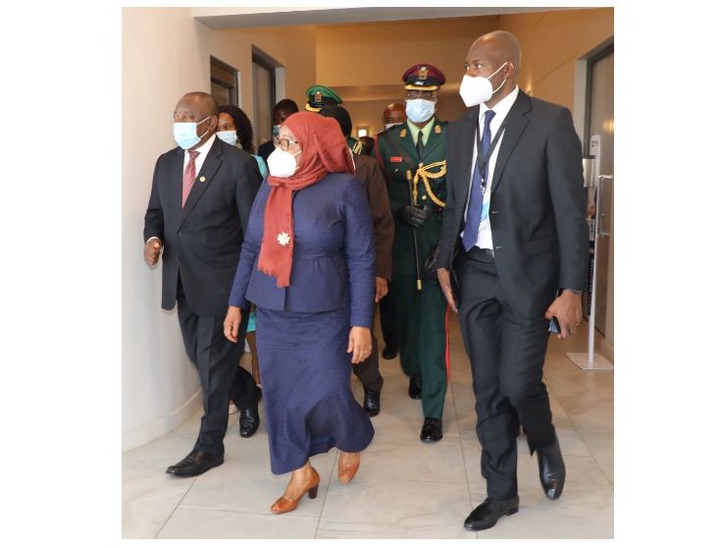 Following death of Tanzania's president john Magufuli, the vice president will be taking over as the president as required by the Constitution.

Salama Suluhu will then become the first woman to be president in east africa when she will be sworn in.

Now kenyans on Twitter have been sharing an old photo of salma suluhu and south African President Cyrill Ramaphosa walking to a conference.

The photo has been posted supposedly showing Ramaphosa arriving in the swearing in of Suluhu as the new president of Tanzania. 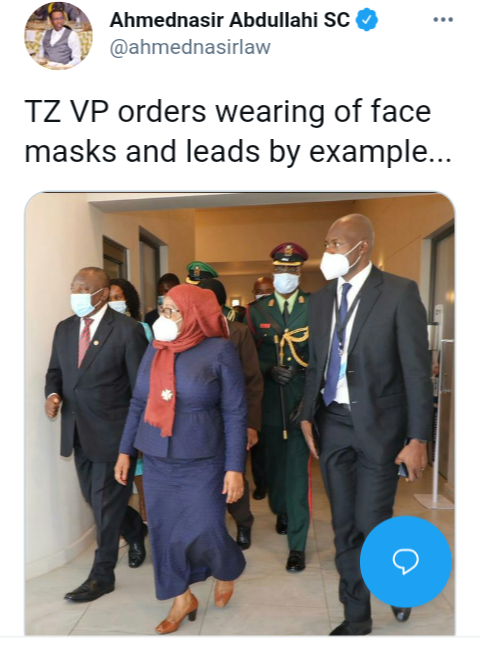 Self-proclaimed Eastleigh’s mayor Ahmed Mohamed (@Asmali77) was among those who fell for it. He tweeted with the caption “New dawn in Tanzania. Masks ON. Suluhu with the solution.”

However the photo he shared was an old one shared when Suluhu was attend a meeting in south Africa in November last year. 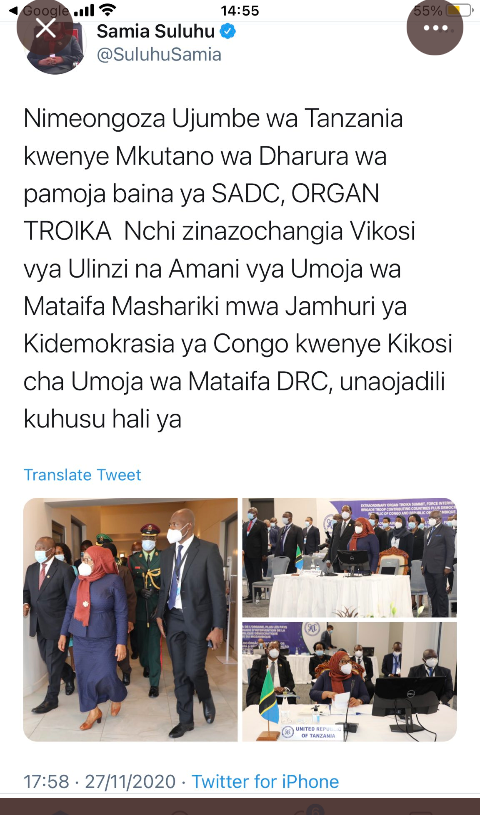 A look at Ramaphosa's titter account reveal that he has only sent condolences message and is not in Tanzania.

“South Africa is united in grief with the government and people of Tanzania following the passing of His Excellency President John Magufuli.

I spoke to the Vice-president Her Excellency Samia Suluhu Hassan, to express our deepest condolences as they go through this difficult moment,” he tweeted.

“You Are A Disgrace”, Sifuna Fires Back At Ruto’s Ally For Posting This