By SteshaChichi (self media writer) | 2 months ago 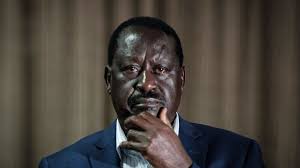 Orange democratic party leader Honerable Raila Odinga has suffered a major Blow in his backyard, Nyanza region after today's message from Nyamira County Senator Honerable Mogeni. The senator who was elected on ODM Party ticket has asked Raila Odinga to retire from active Politics and allow Interior cabinet secretary Honerable Dr Fred Matiangi to take over as the region Kingpin.

Senator Mugeni's sentiments are coming just few hours after Kakamega county Senator Honerable Malala shared same sentiments while in Mombasa. Malala who is on a mission to spread Amani National Congress party 2022 gospel at the coast region asked Raila to retire and allow other people to take the leadership mantle Ahead of next year's general election.

Well, let's wait and see how Odinga will play his Political cards these coming days ahead of a possible announcement of his presidential candidacy. Something that he has been avoiding for along time. Another headache for Odinga in Nyanza is that of Siaya County governor seat which is being targeted by several close Allies including Senator Honerable James Orengo who is a strong follower and defender of him. 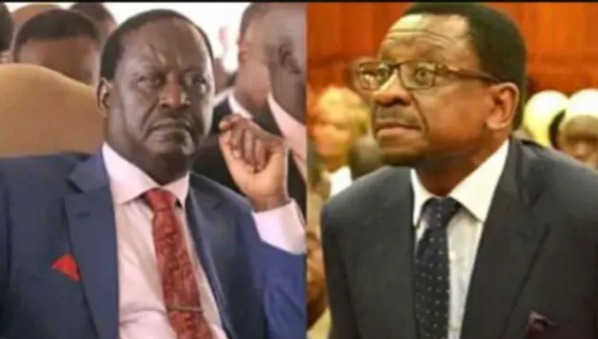 "Nyamira Sen. Okong'o Mogeni ridicules Raila, says he's "too old" to be elected. Okong'o was elected on ODM. He adds that Kenyans should elect Fred Matiang'i. Raila still popular in Kisii. ODM recently won Bonchari by-election. It's not clear which party Mogeni will use in 2022." Posted Makori. 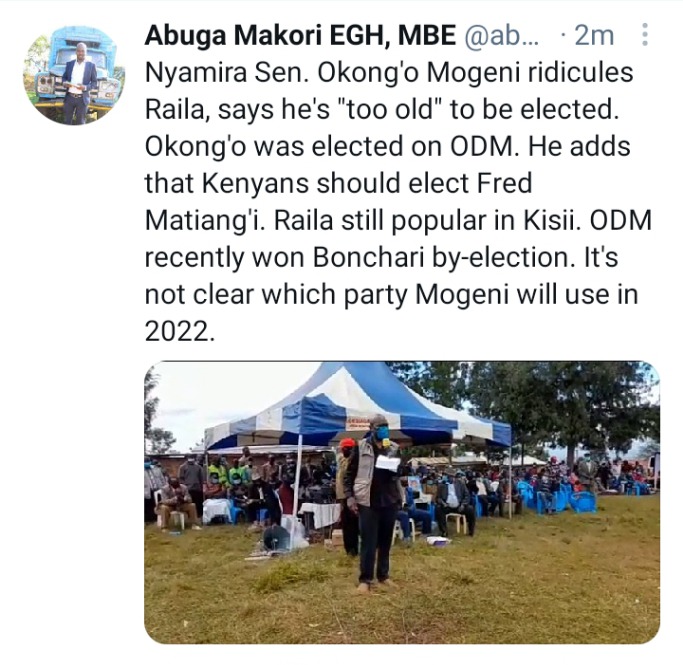