In the past few months, a number of politicians have been seen conducting huge rallies in different parts of the country despite the fact that President Uhuru Kenyatta banned all political gatherings. 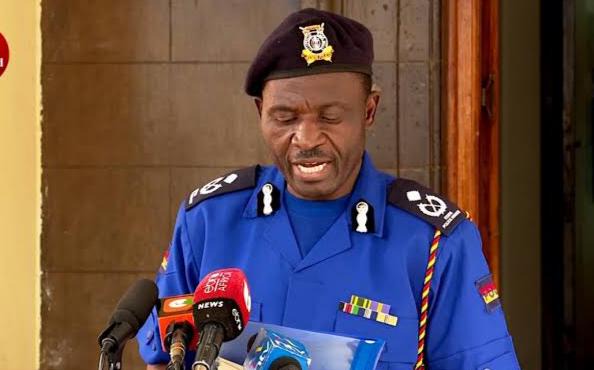 In his latest directive, President Uhuru Kenyatta revealed that the ongoing Curfew was going to remain in place for an unknown period of time. At the same time, he said that all political gatherings were not going to be allowed claiming that this was the only way in which Kenya was going to reduce the increasing rate of Covid-19 infections.

At the same time, President Uhuru Kenyatta revealed that he was going to reopen the country and remove all the ongoing Covid-19 directives if kenyans adhered to all the Covid-19 prevention measures put in place by the government of Kenya.

However, the ongoing political rallies being held by different politicians has left Alot of kenyans along with politicians asking whether or not it was necessary for the government to keep the country under Curfew.

In his own words, ANC leader, honorable Musalia Mudavadi called upon President Uhuru Kenyatta urging him to lift the ongoing Curfew terming it as unnecessary due to the ongoing political rallies in the country. However, the police Spokesperson has also revealed why the have not arrested the politicians who are breaking Uhuru's orders.

While reacting to this incident, kenyan police Spokesperson, Bruno Shioso has said that they are unable to arrest all the politicians who are currently conducting their own rallies due to the fact that they can't prosecute them.

According to the reports given by Bruno Shioso, he said that arresting these politicians might bring discomfort in the country claiming that their supporters might bring chaos which the government is trying to avoid especially since the country is heading to a general election moment. 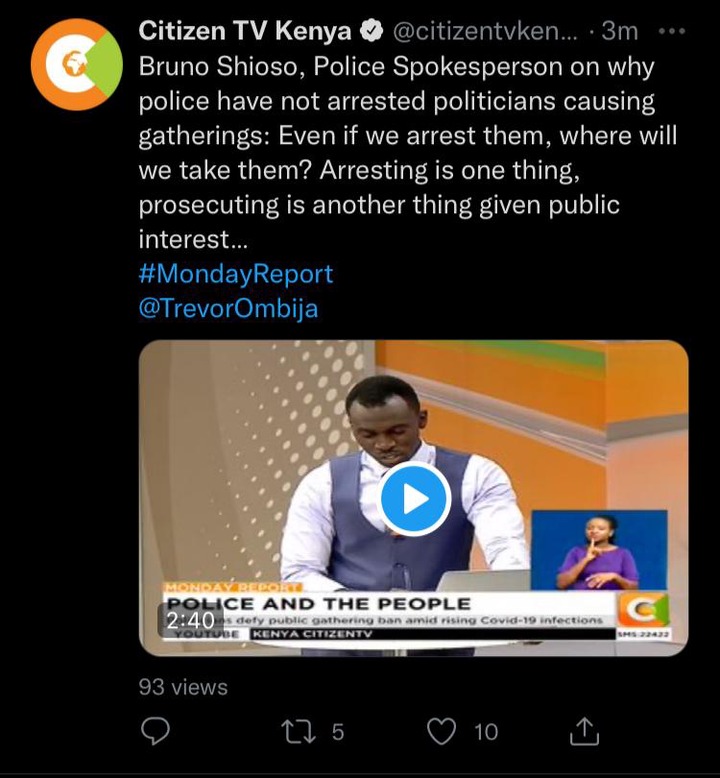