The ODM leader Raila Odinga will be receiving massive Support in his bid to be the fifth president of the republic of kenya after making peace with President kenyatta.

Besides Uhuru's backing, the former Prime minister enjoys support from a group of mount Kenya tycoons who have promised to walk with him.

The question that beggs answers is whether Raila is going to be a puppet president to serve the interests of his sponsors.

His fiercest competitor DP William Ruto has been warning Kenyans against voting for a 'project' whose only work will be protecting the interests of the wealthy who sponsored him.

Nevertheless, is Raila fails to become a puppet president, then the other option would be turning against his benefactors by employing dictatorial tendencies and cut links with them.

Which way for Raila if he wins August 9 general election?

And in sports, there will be a mouthwatering football action as African cup of nations nears homestretch.

Today Nigeria will face Tunisia in their last 16 match which will undoubtedly attract alot of interest from football enthusiasts across the continent. 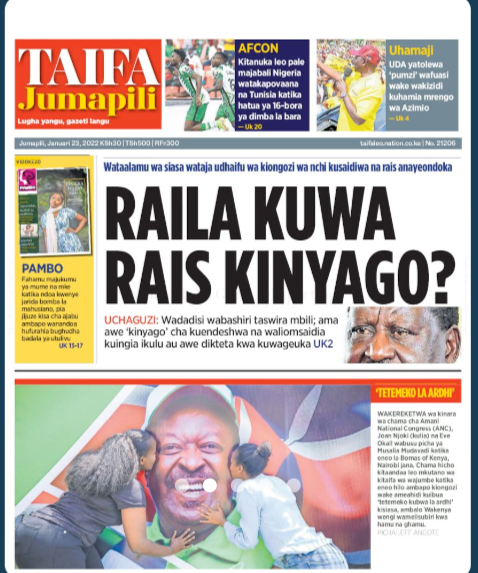 ANC leader Musalia Mudavadi is today expected to make a major announcement that will have consequences on Kenya's political landscape ahead of the August 9 general election.

Mudavadi has promised kenyans that he would be making an Earth-shaking statement that will change the course of politics in Kenya.

The paper reports that whatever Mudavadi is going to announce today will have a major impact on the two presidential frontliners Ruto and Raila.

Similarly, it will have a huge impact on his political future as it will be a make or break on his career.

During the event that will be held at Bomas of kenya, the party's national delegates conference will give Mudavadi mandate to form coalitions with other like minded Leaders.

In another story, Deputy president William Ruto's promises which are rarely fulfilled have put his foot-soldiers on Coalition course with the Supporters in some parts of mount Kenya region.

DP is fond of making roadside declarations to the effect that he would give financial aid to small scale business people but take long to fulfill.

The mp had to chip in on behalf of Ruto to stop the grappling among his constituents before calling it a day in hustler's camp.

Recently when the visiting Hungary head of state was still in the country, the principals were also invited to Statehouse Nairobi. 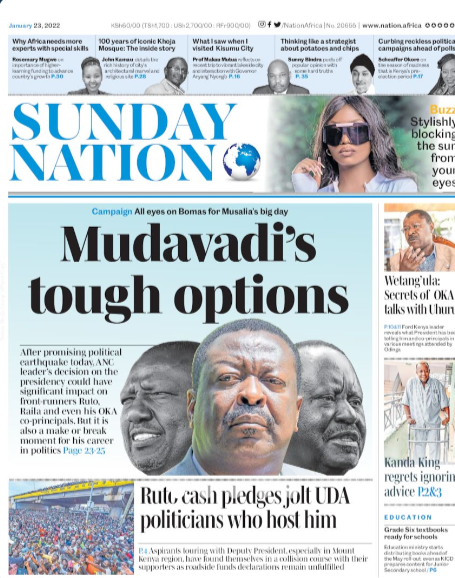 Lugari MP Ayub Savula yesterday Officially decamped from ANC to DAP-K where he was announced as the deputy party leader.

Savula was received to the party by Wafula Wamunyinyi who is the party Leader and defence cabinet Secretary Eugine wamalwa.

DAP-K is associated with ODM leader Raila Odinga's Azimio la Umoja Movement formed recently to bring together small parties with an aim of propelling him to power.

While defecting, the former ANC Deputy party leader urged Musalia Mudavadi to consider working with the former prime minister because he is the one going to form the next government. 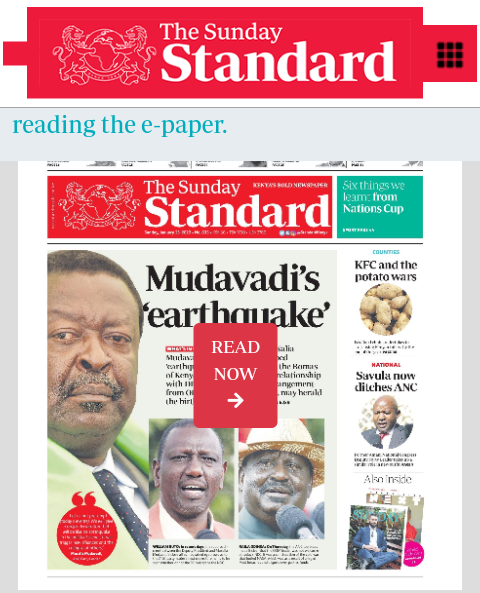 Ann Waiguru To Azimio: No Amount Of Intimidation Or Blackmail Will Change The Fact #KirinyagaNiUDA