By Ckibiba (self media writer) | 21 days ago 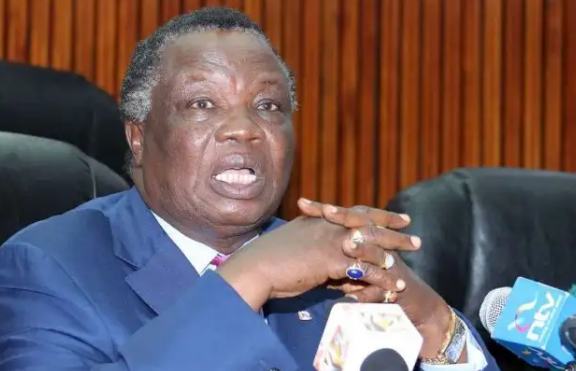 COTU Secretary-General, on Saturday, revealed that he will in December decide if Rift Valley police boss George Natembeya is fit to vie for the 2022 General Elections.

Speaking in Bungoma, Atwoli noted that he will announce the names of leaders who will take over Western Kenyan Gubernatorial and Parliamentary positions come next year’s elections.

Atwoli revealed that he has deployed a team of researchers to the grassroots to collect data and carry out thorough research on the suitability of candidates. He said that he will announce the outcome of the research before the end of the year at Bukhungu Stadium.

“Don’t play, I will give you a list of the next leaders in the Western region. Be it Members of Parliament or Governors. I will read out the names at Bukhungu Stadium on December 31, 2021,” Atwoli said as reported by Kenyans.

Atwoli’s declaration comes months after Rift Valley Regional commissioner hinted that he will be eyeing for a gubernatorial seat in one of the Western Counties. 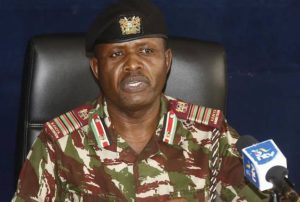 In a previous interview with a national TV station, Natembeya noted that though he is currently in the public service, nothing is baring him from competing in the race to clinch the Trans Nzoia Gubernatorial seat.

“It is within my right to seek for the elective post if I wish to, I don’t think there is any law that bars me from contesting,” Natembeya told TV 47.

Atwoli has, however, maintained that he would not allow residents of the Western Counties to elect leaders who would give them a raw deal once they are elected.

He, therefore, noted that through his research, he will come up with a list of candidates for the residents to elect.

Atwoli’s stand means that political candidates such as Natembeya will have to wait until Atwoli comes up with the list to see if they have a chance to be elected.