By UnitedKenya.com (self media writer) | 5 days ago 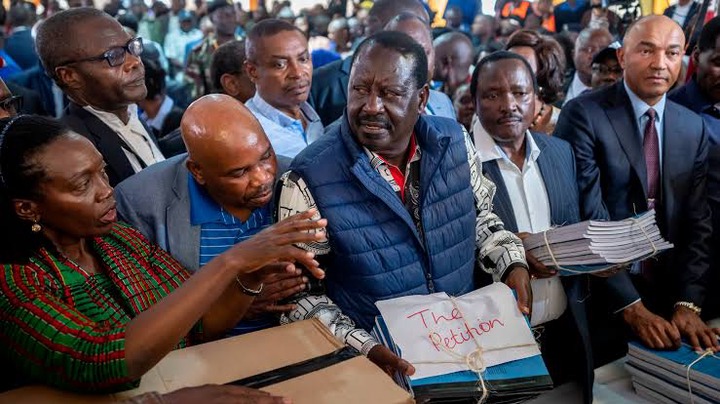 Azimio boss Raila Odinga has opened up on one the things that the supreme Court did that made him doubt the impartiality of the judges and conclude that the court worked in favour of his competitor president William Ruto.

In an exclusive interview, the former Prime Minister stated that his lawyers constantly pushed the supreme Court to compel the Independent Electoral and Boundaries Commission open up their servers to their IT experts for scrutiny. Unfortunately, this was not achieved.

According to Raila, Smartmatic's letter protesting against Azimio's prayer to be allowed to access the servers was something strange that the court ought to have taken into consideration.

Smartmatic claimed that opening up the servers to Azimio would infringe their property rights. As a result, Azimio did not access all the servers they wanted to be allowed to access.

As revealed by Raila himself, the failure of the court to take a great concern of Smartmatic's move to reject opening up the servers made him doubt the impartiality of the court.