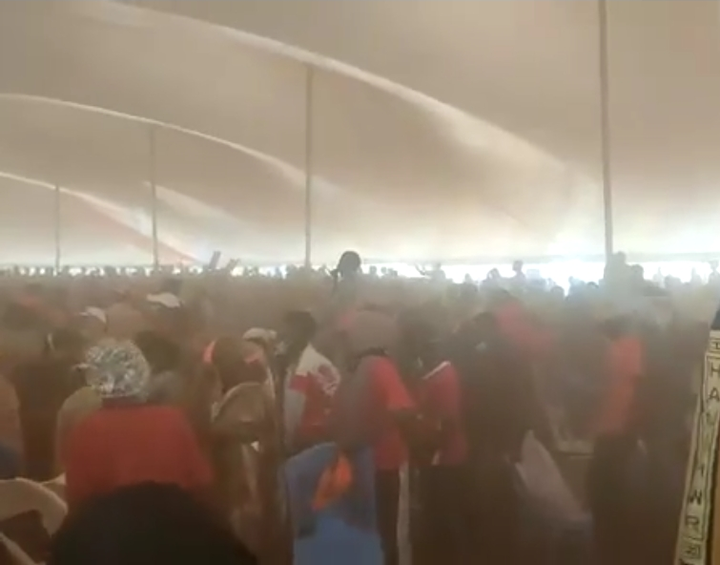 Fight erupted in Isiolo where ODM supporters clashed inside a tent where Raila was holding a delegates meeting.

Seen in a short video clip,the supporters engaged in a fight where it took Raila's intervention to cool them down.

It's however not clear what led to the chaos as the meeting went on without disruption however the speakers faced a rough time cooling the highly charged crowd.

Raila Odinga in his address tackled Dp Ruto's wheelbarrow politics urging supporters to shun away from politics of deceit and conmanship.

Some of the politicians who were present included Kanini Kega,Rachel Shebesh and Edan Keynan. 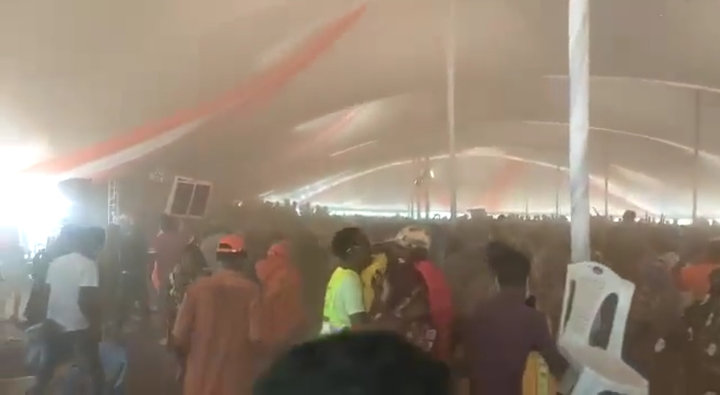