Kenyans online have been left talking after businessman-come politician Jimmy Wanjigi finally unveiled former Raila Odinga's head of campaign Secretariat as his running mate ahead of the August General election. 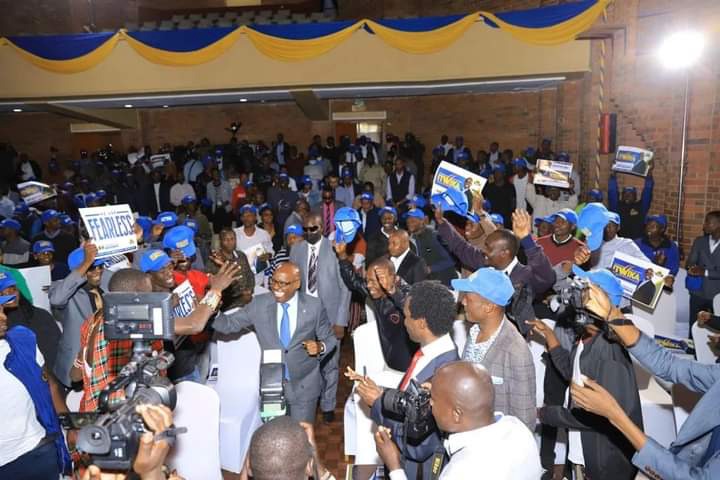 Mr. Wanjigi is is one of the presidential aspirants and had announced that he is vying on Safina Party ticket after he quit ODM party after he differed with his erstwhile friend Raila Odinga.

The vocal Wanjigi today unveiled one Willis Otieno as his running mate at a colourful event held at Ufungamano House, Nairobi.

"I would like to introduce you to Willis Otieno, my running mate and deputy president designate in the upcoming August 9th general election. His passion for Socio-economic rights and community empowerment as well as his extensive political experience is a huge boost for us," Wanjigi announced.

Mr. Otieno is a professional lawyer and is the current managing partner of a law farm known as Otieno Ogola Advocates. He was also the Head of Rian Odinga's presidential campaign Secretariat in 2017 and has also worked on governance issues in Kenya.

Below is a table with Mr. Otieno's biography 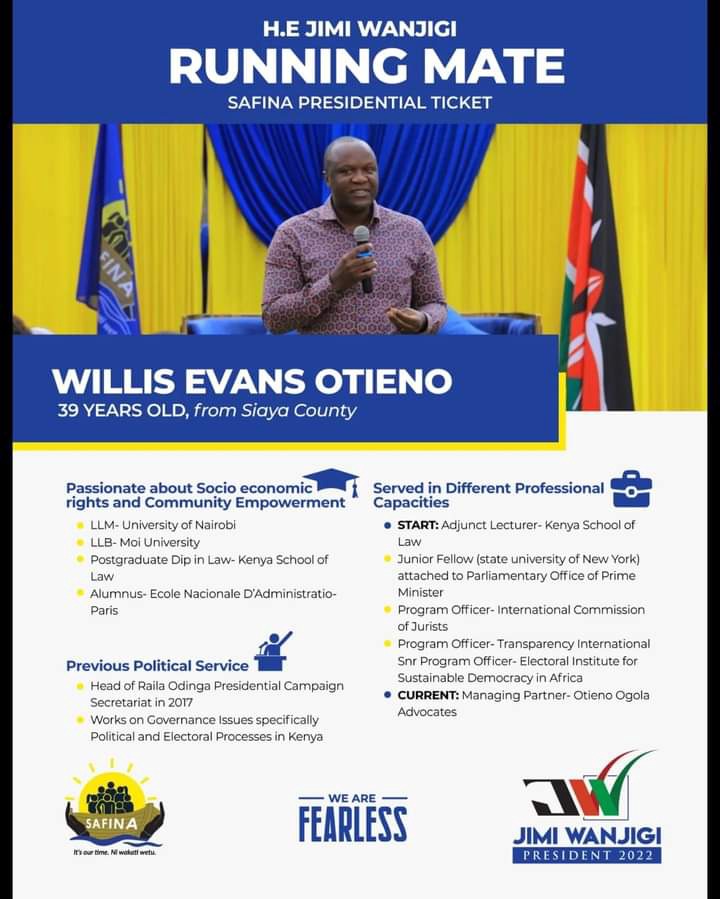 After Jimmy Wanjigi handed over the microphone to Willis to Make his acceptance speech, the netizens were left taking following his shape way of articulating issues.

One netizens, Donald Pluto, argued that Mr. Otieno deserves to be the next luo Kingpin after Raila, adding that he is wise and Luos need such a wise fellow at the decision making table.

Police Officers on Leave Recalled to Prepare For Polls

A Raila insider criticizes DP Ruto and protests against his obfuscated political actions.