By Feng_FK (self media writer) | 1 month ago 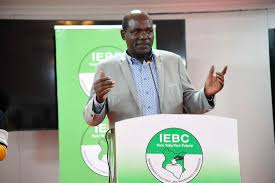 Beatrice Kemei has been declared as the woman representative to Kericho county after he faced no competition in the seat. She is from the United Democratic Alliance party a party that is associated with William Samoei Ruto.

Issa Aden Abdi from Sabena ward that is Garissa county. So the IEBC declared him as the MCA after he faced no competition in the area where he was contesting.

Another MCA who has already been declared the winner is Julius Nootie Kimutai who was declared the winner by the IEBC. He will be serving the people of Ravine Ward and was elected after he faced no competition. He is from the United Democratic Alliance party.

Content created and supplied by: Feng_FK (via Opera News )