Four Independent Electoral and Boundaries Commission yesterday disagreed with the Presidential Results as they were announced by the commission's chairperson Wafula Chabukati. They both argued that the decision by their chairperson was not done by all of them.

This has now forced the commonwealth group of observers who were doing oversight role during the election process to issue a statement following the stalemate condition that the country is in currently. 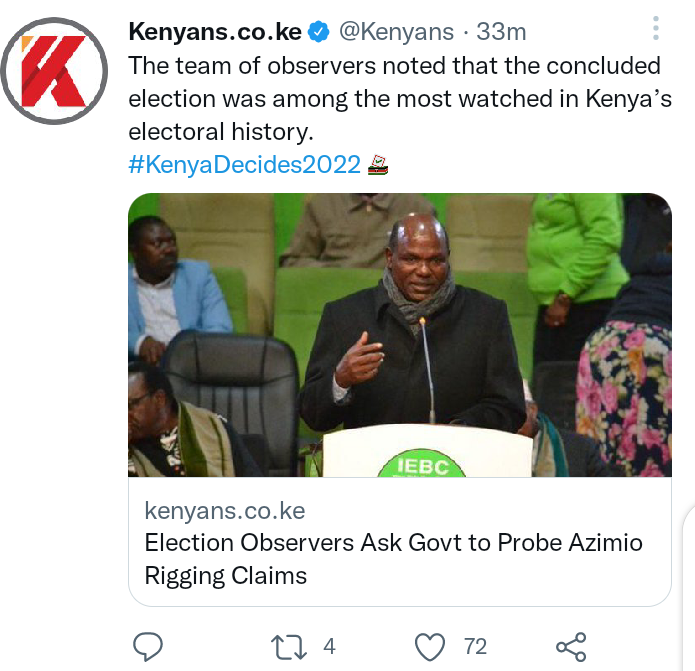 According to the commonwealth group of observers, the relevant authorities and stakeholders should immediately address the election malpractice allegations which has been made by the Azimio fraternity and four IEBC commissioners after the presidential election results were announced.

The commission also said that they are fully satisfied with the elections results and that their no rigging that happened.

"The group is concerned at the allegations of lack of transparency at the IEBC made by four commissioners in a press conference on Monday, and other allegations from other sources," the statement from commonwealth group of observers read in parts.