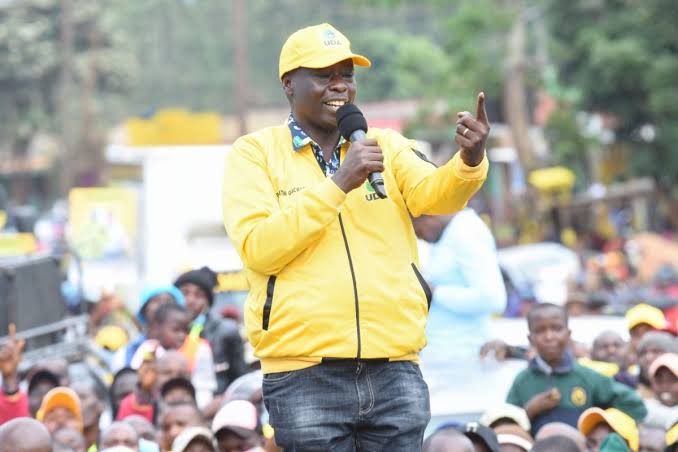 During an economic forum in Nyandarua County on June 11, the Mathira Member of Parliament claimed that President Uhuru Kenyatta made his deputy more popular and likeable to voters when he reportedly humiliated him during the Madaraka Day celebrations.

Ruto failed to show up at Statehouse for a farewell ceremony before the event started with his Director of Communications Emmanuel Talam noting he was not invited. Uhuru also not only failed to recognize him in his speech but also did not give him a chance to address the nation.

"Uhuru mistreated Ruto at Uhuru Gardens. This is what has made him more likeable, especially to female voters who love him very much. No one remembers anything the president said other than how he treated his deputy. It took the prudence of the Sierra Leone President to recognize the DP," Gachagua said as quoted by the Standard.

The MP also castigated the Azimio La Umoja One Kenya coalition presidential candidate Raila Odinga questioning how the handshake has improved the economy.

"Raila has been closer to Uhuru in his second term but he has done nothing for Kenyans. When he is elected as president do you think he will do anything?" He posed as he promised two ministerial positions for Mt Kenya. He vowed to appoint, through his boss, the cabinet secretary for agriculture and finance from the region in order to improve its economy.

Why Do Some Women Grow Beards? Is It Normal?

William Ruto: We Have No Time To Waste But To Start Delivering Our Promises To Kenyans.