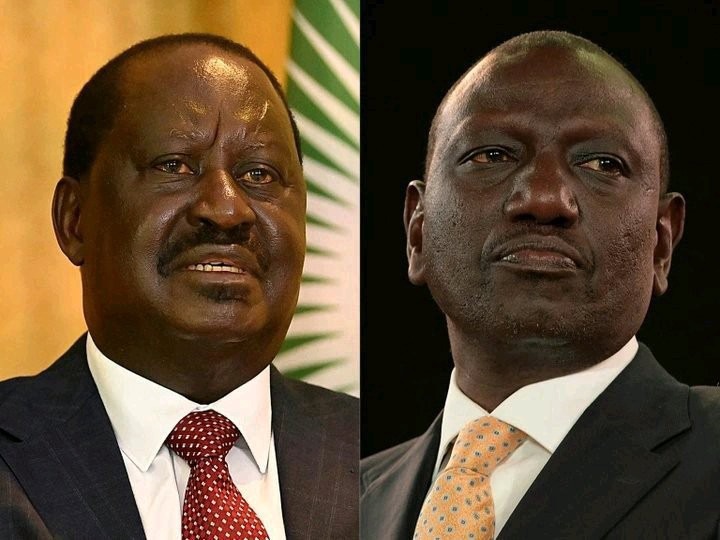 East Kisumu's Shakeel Shabir, a member of parliament, has said he will not join William Ruto's coalition for Kenyan Kwanzaa.

This comes after Ruto announced on Wednesday that Kenya Kwanza and 10 of the 12 independent MPs have joined the coalition as allies.

Shabir, however, vehemently denied being one of them and stated that after being selected as an independent candidate, he continued to support leader Azimio La Umoja Raila Odinga.

The now-lawmaker and former mayor of Kisumu reaffirmed his status as Raila's deputy and said he has no immediate plans to change allegiance.

He asserted that not even money could persuade him to support Ruto because Raila and the ODMs are believed to have a stronghold in the congressman's constituents. "They refuse to accept me, and I have no desire to let Baba into my life. Even though I was promised 50 million, I wasn't there "He spoke, as heard by The Star.

Ruto informed his Karen-based colleagues that the majority of independent MPs, who will unquestionably be important to him in the parliamentary election, have vowed their support. He told a group of elected officials associated with him and Kenya Kwanza during a meeting at his Karen house that "out of 12 elected independents, 10 have joined our team." 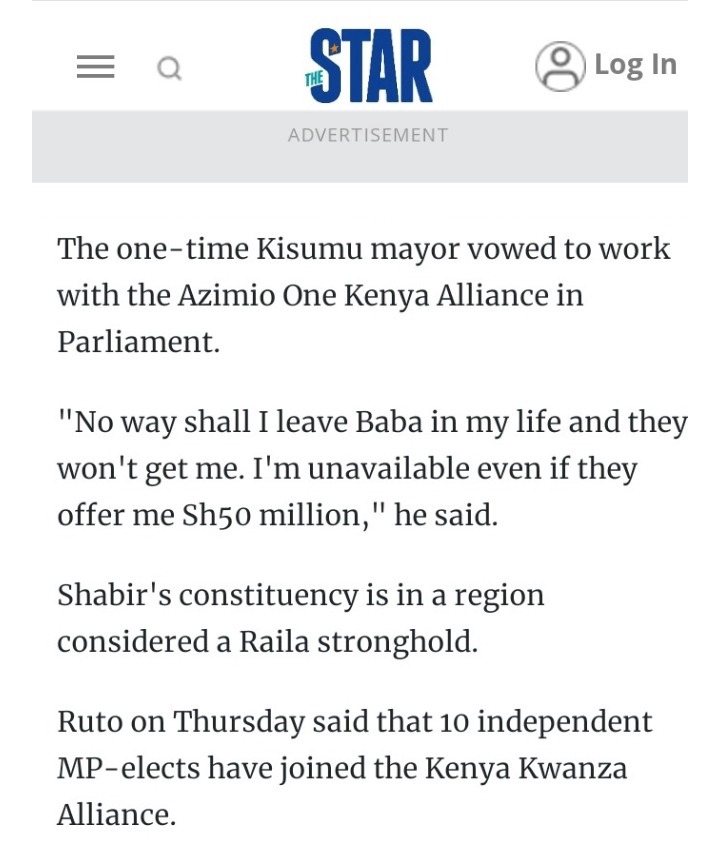 Only four of the ten nominees—Raheem Dawud of Imenti North, George Kururia of Gatundu North, Nebert Muriuki of Mbire South, and Geoffrey Mulanyi—have now received confirmation from the newspaper (Nambale). According to Marta Karua, the second head of the coalition, Azimio is also seeking to gain a majority in the National Assembly.

A nomination from both parties in the House may raise the figure even further. Shabir defeated Nicholas Aricho of the ODM to win the seat.