By Kimlen (self media writer) | 3 months ago 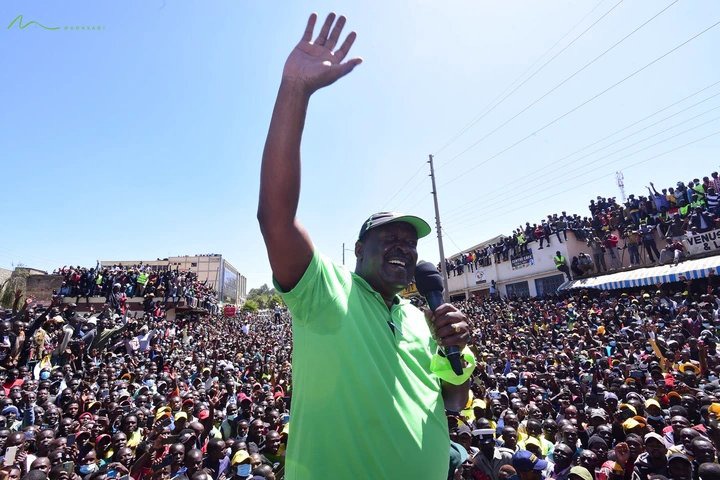 Mudavadi, who joined vice president William Ruto's camp, has been shooting political missiles now and then against the administration, exposing what he regards as its flaws and showing its underbelly.

Today, after touring Bungoma county, the ANC party maestro has come out to break the beans on what he was informed by a senior government official concerning the approaching general elections.

According to Mudavadi, the unnamed government official warned him that they were not going to allow the government of Kenya to be run by someone who had no pedigree or was an outsider in simple terms.

"Someone senior in this government once informed me that they cannot allow the government to be in the hands of someone who does not have a pedigree," Musalia added. 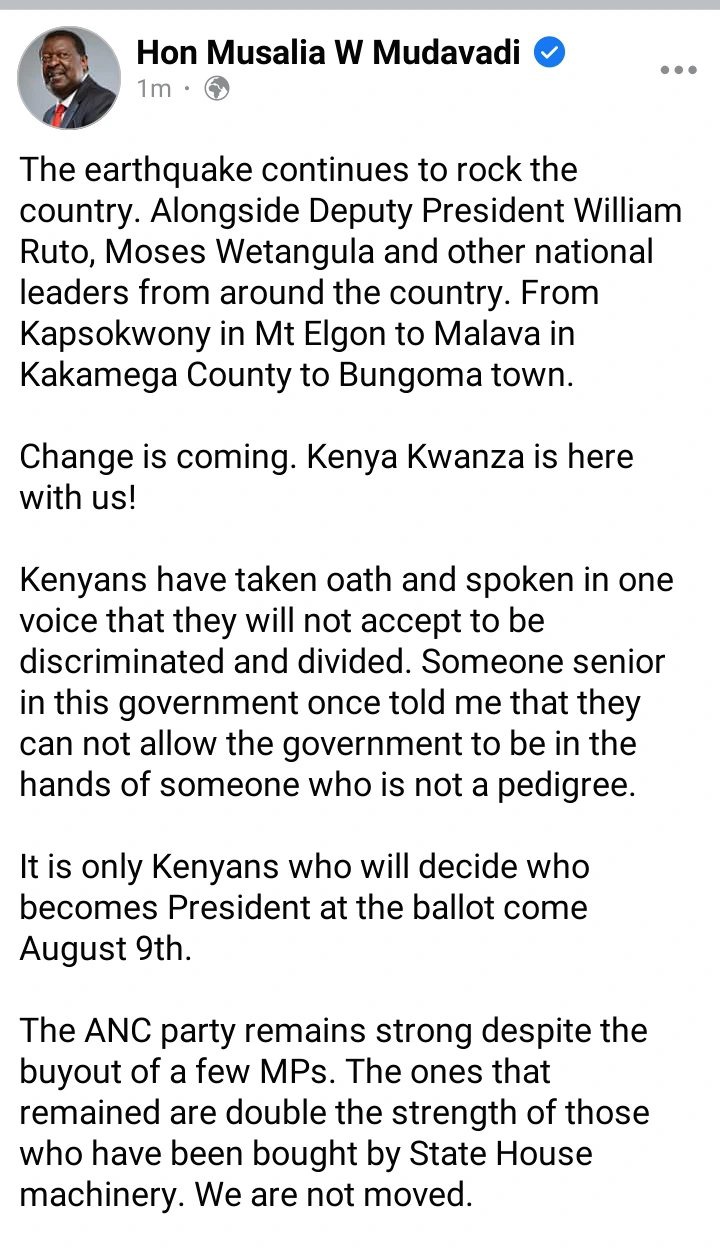 He also broke his silence on some of his ANC party members of parliament's choice to join the Azimio la Umoja movement, stating that they had been bought out using money. He endorsed those that stayed, stating they were adequate.