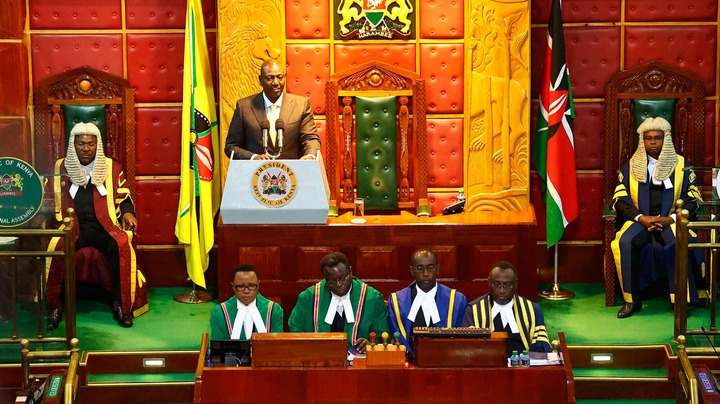 Political Expert Martin Oloo has come to the rescue of President William Ruto over criticism directed to him by a section of leaders allied to Raila Odinga's Azimio La Umoja One Kenya Alliance.

The leaders speaking shortly after Ruto's address in a joint meeting of the Senate and the National Assembly in parliament, argued that the speech was short, and did not meet the Kenya Kwanza Alliance agenda and what Ruto was saying in his campaigns.

Led by Suna East MP Junet Mohamed, the leaders argued that Ruto's speech was in campaign mode since he was making promises, with others arguing that Ruto did not talk about corruption, employment opportunities among other issues.

Speaking with NTV, Oloo said that the president's speech was excellent, and signaled a continuation of his addresses in the past couple of days since he assumed power as the fifth president of Kenya. 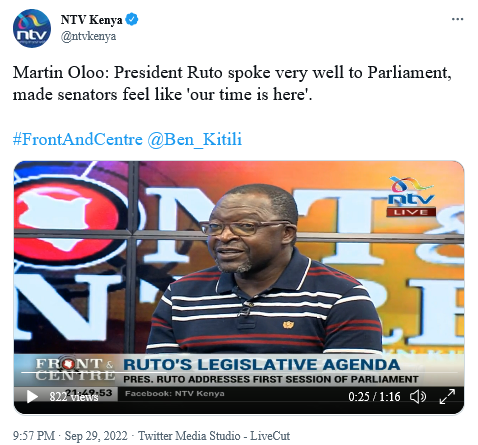 "The president is doing very well in putting his ducks in a row. Today he spoke very well to the parliament, he has made the senators think it is their time, he has spoken to the Judiciary."

"It is the first time that he has acknowledged that the presidential race was very close, and called upon Kenyans to unite and pull together. He has been moving his agenda, vision to the centre. Today's speech was up to it, and has shaped his agenda in the next three years," said Oloo.

A number of other political experts and leaders from the Kenya Kwanza Alliance are of the view that the president tackled and matched his agenda as captured in the KKA manifesto.

His address comes two days after he unveiled a list of his cabinet secretaries who will be vetted by the National Assembly before their formal appointment.

Cost Of Building A 2 Bedroom House In Kenya Rural Areas