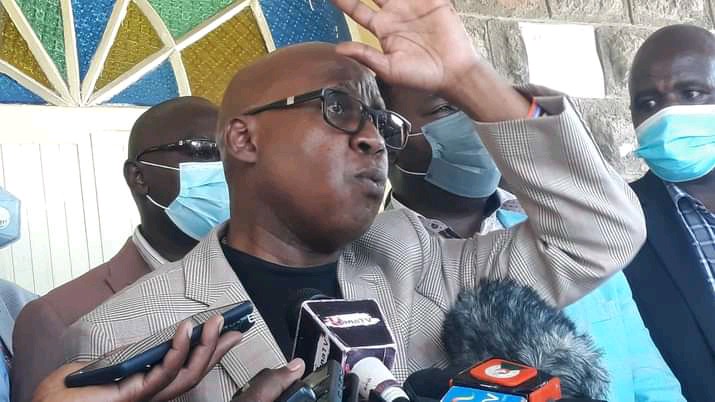 Businessman Jimi Wanjigi now claims that ODM leader Raila Odinga is behind a police raid on his premises.

Wanjigi stated on Tuesday morning that he believes the remarks he made about Raila over the weekend prompted police to raid his offices.

Wanjigi broke his silence amid arrest rumors when photos of detectives at his Westlands Nairobi offices were circulated on social media.

And now Raila Odinga has broken silence after being named as the one behind Wanjigi's woes.

Through his spokesperson Onyango, Raila said that Wanjigi's blame games are sideshows as he(Raila), does not hold power to send police to raid Wanjigi's offices. 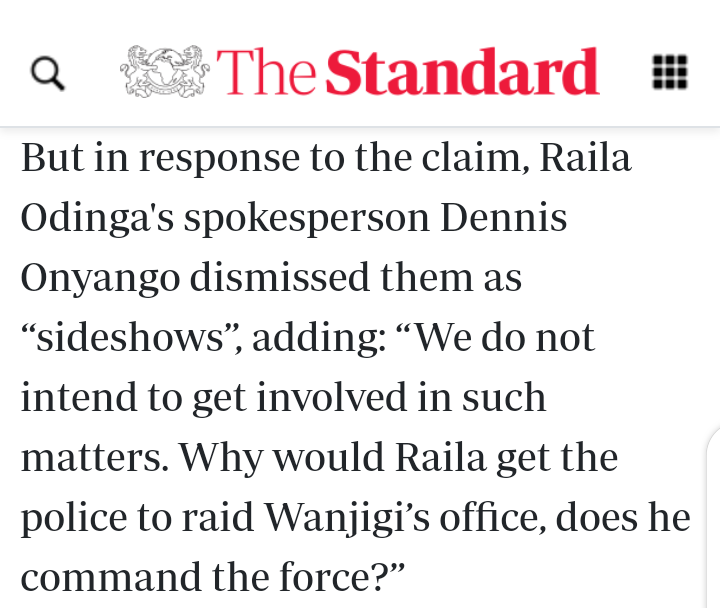 The businessman claimed in an interview with Spice FM's Situation Room that the arrest was politically motivated.

"The utterances I made this weekend in Machakos could have triggered the siege. It was clear that the Raila Amollo Odinga I had known since 1991 is not the same person I see today. The man who has fought for justice and democracy is not the man I am watching and listening to today "Wanjigi stated to Spice FM vie phone call.

Wanjigi described his relationship with Raila by quoting Matthew 26:14, the story of how Judas betrayed Jesus.

Meet Kenyan Student with Longest Running African Newspaper in US

Here are 5 ways to make a girl want you back.