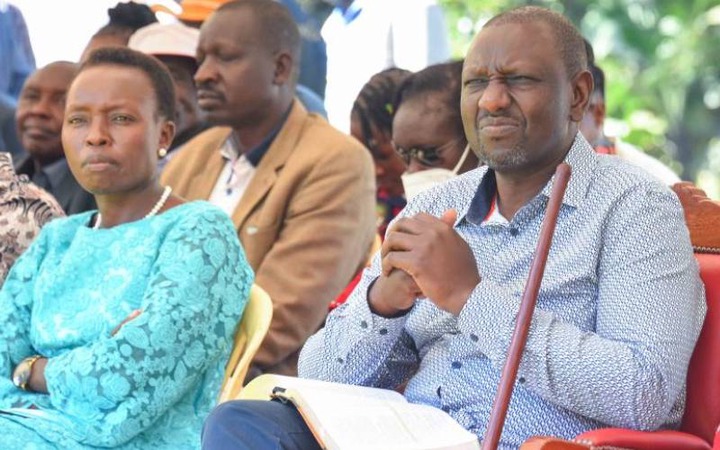 Deputy President William Ruto has called on the clergy to play an active role in politics as the country gears for the General Election next year.

Speaking yesterday at the African Inland Church (AIC) Bomani, Machakos County, Dr Ruto said the country is too important to be left to politicians alone.

"Men of God must speak up to make sure that the voice of God is clear to all of us," said the DP.

In an apparent reference to plans for an alliance between Jubilee and ODM, Ruto asked faithful to ignore such political highlights because 'they never last.'

“You are not guests to political plans. Things will happen but eventually, everything will be okay. So don’t let anyone worry you that things will not work,” said Ruto.

Last week, Jubilee Secretary General Raphael Tuju said that plans are in top gear to have a coalition between the ruling party and ODM for the next election.

"We are talking, there is much progress and we believe that this is the arrangement that will form the next government, there is a lot going on behind the scene," said Tuju.

A section of clergy have in recent months condemned interference of the independence of the Judiciary by the Executive.

The Church and Clergy Association of Kenya stated that all arms of government are independent and have clearly defined roles.

“Following the High Court ruling on Building Bridges Initiative, it is our view that though the window of appeal is open, it will not be tenable to have a referendum before the General Election. Such an exercise would overwhelm the IEBC to deliver credible election while at the same time, overburden the taxpayers,” said Bishop Hudson Ndeda.

Anglican Church of Kenya Arch Bishop Jackson ole Sapit has also been critical of the same calling on Parliament to enact legislation from the BBI especially those that do not necessarily require a referendum.

The DP’s visit to Machakos comes a day after President Uhuru Kenyatta launched the Marian Shrine of Our Lady of Protection in Museve, Kitui County.

It also comes a day before the President’s two-day development tour of the region starting June 28 to 29.

The Head of State will commence his tour in Makueni where he will inspect the Konza Technopolis and later the multi-billion Thwake Dam project and finally launch the Kibwezi-Kitui road.

Kenyatta's tour is an attempt to pacify the Eastern region which has complained of being side-lined because of its history of siding with the opposition.