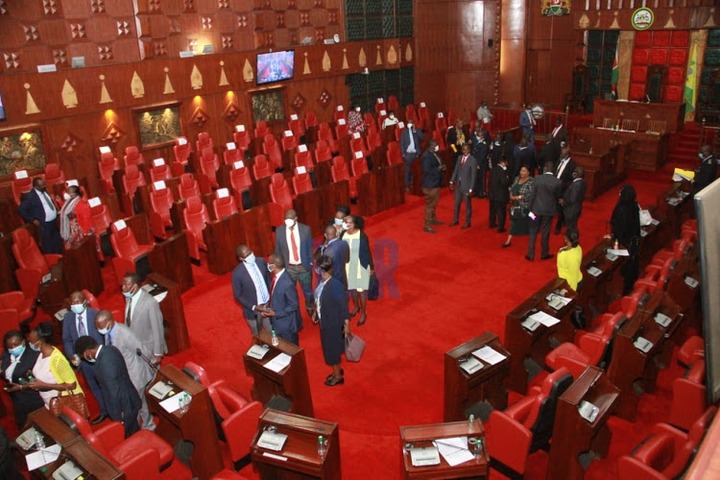 During the ruling in senate, it was alleged that a Covid-19 patient died at Wajir Referral Hospital due to lack of oxygen.

As a result, some governors are now at a risk of facing a similar ouster after the Auditor General's report indicated that about 30 counties misused public funds that was assigned to the counties to address the Covid-19 crisis.

According to the report, 36 counties used the funds without special planning, training and adherence to procurement of essential equipment to be used in the effort to combat spread of Covid-19 pandemic. Some of these counties have been named and include Bungoma, Elgeyo Marakwet, Baringo, Busia, Isiolo, Embu, Garissa, Homa Bay, Kirinyaga, Kisumu among others.

The report shows that 23 counties spent the money without a specific budget. Some of these counties have also been named and include Embu, Garissa, Isiolo, Kwale, Kakamega, Baringo, Bomet, Bungoma, Elgeyo Marakwet, Homa Bay among several others. 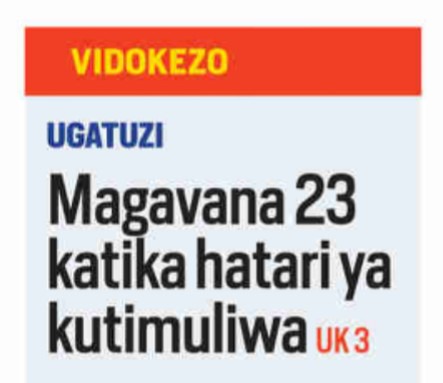 The report said that in overall, counties received a total of Sh7.7 billion in response to Covid-19 of which Sh5 billion was provided by the National Government.

The Auditor General, Nancy Gathungu, said that government provided the funds to the counties without issuing any specific procedure for its use expecting that the county governments would budget for the funds.

Thus, the Auditor General said that the Ethics and Anti-Corruption Commission (EACC) and DCI should conduct further investigations to determine whether there were any other irregularities and corruption in the use of the funds. 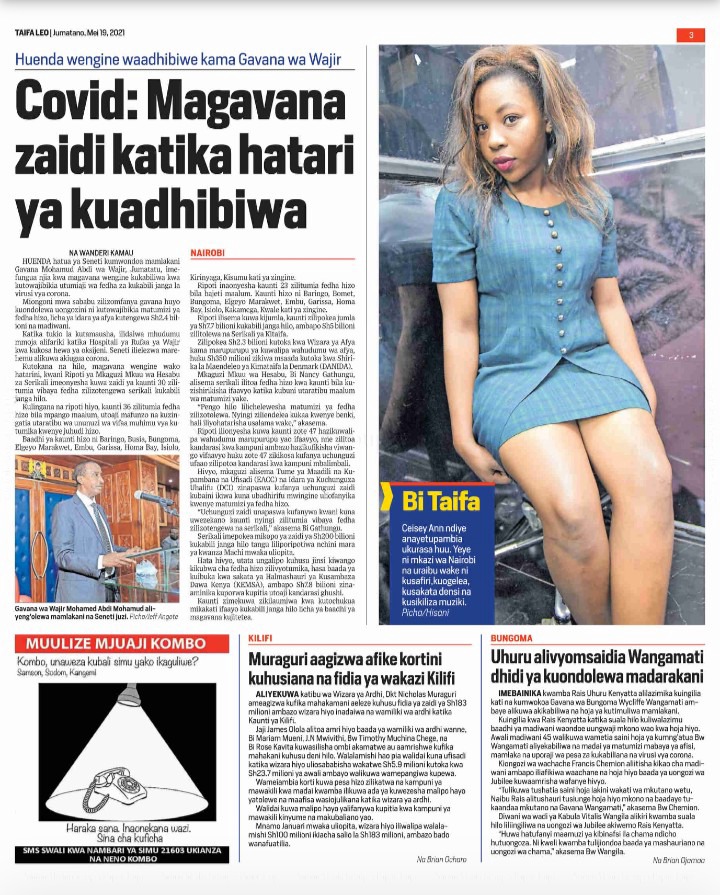