By kenyanspress.com (self media writer) | 9 months ago 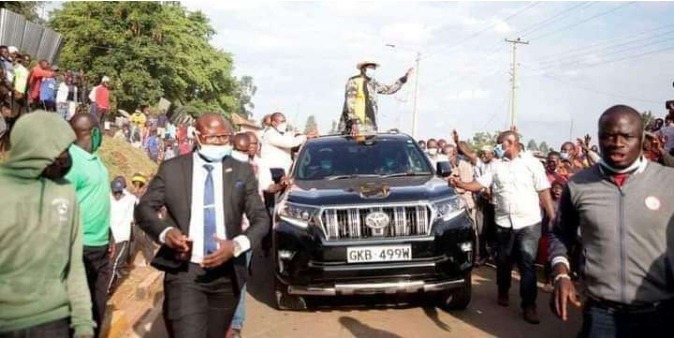 In most cases, former prime minister Raila Odinga has been seen travelling around with a GK car. He also has extra security despite not being in government. Blogger Robert Alai has today given out a clear explanation to this.

According to Blogger Robert Alai, former prime minister Raila Odinga is the official opposition leader. He is entitled to all government services including GK car and extra security. This is the reason why Raila Odinga is awarded this security and government cars. 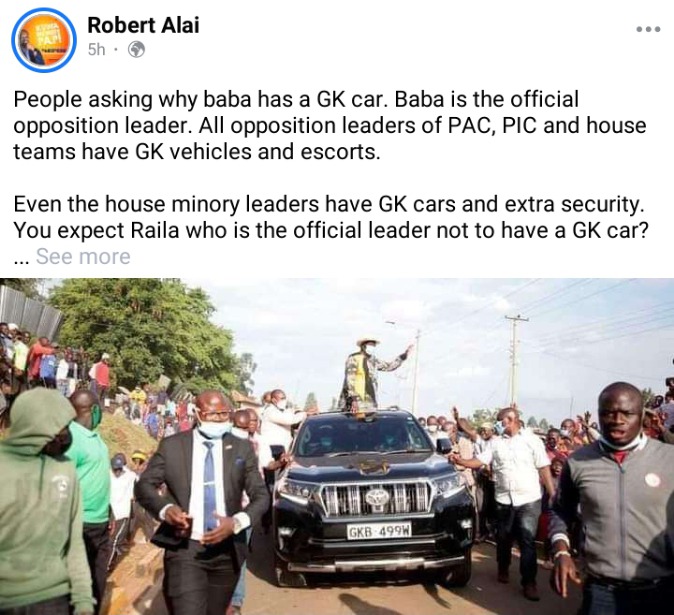 Content created and supplied by: kenyanspress.com (via Opera News )