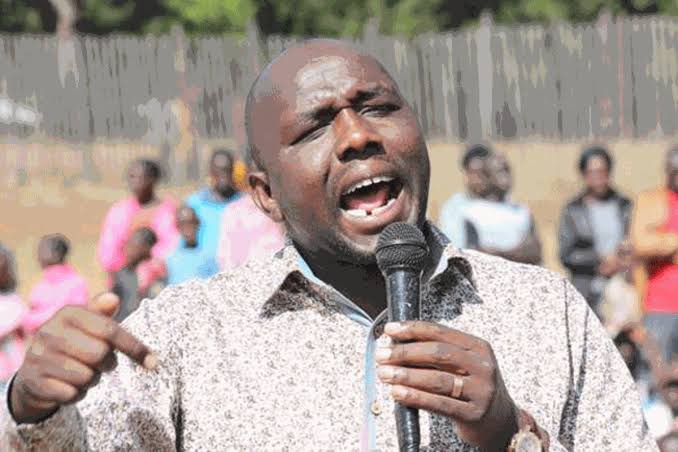 Elgeyo Marakwet Senator Kipchumba Murkomen said the Commissioners of the Independent Electoral Boundary Commission all read from the same script.

"The testimony of Raila Odinga and that of one of the four IEBC officers who had been at odds with him for some time comes from the same thing, Azimio." Everyone in Kenya and around the world has added them up, so the four commissioners and Azimio must share numbers together or separately.Kenyans and members of the Declaration”. We have plans to make sure it doesn't become a problem," Odinga said.

He says Mr. Chebukati made a decision that went against what many of his IEBC officers wanted. IEBC Vice-Chairs Juliana Cherera, Francis Wanderi, Irene Masit and Justus Nyang'aya said on Monday they disagreed with the results announced at the Bomas of Kenya Hall in Nairobi. 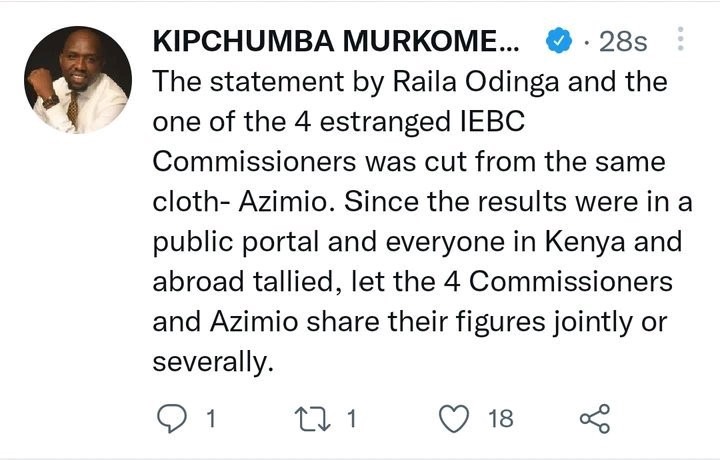